France lockdown: No decision yet on reopening shops 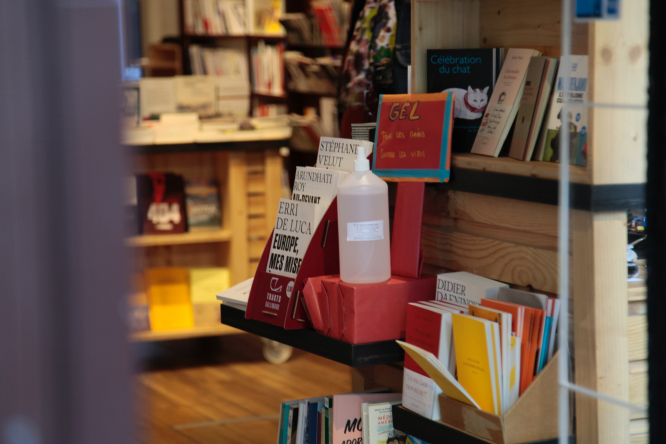 Economy Minister Bruno Le Maire has this morning said it is not ruled out that shops may be able to open if confinement rules are relaxed, following decisions due from the Conseil de défense this morning (November 12).

The minister, speaking on BFMTV this morning said that “no decisions had been made” so far.

He said: “The Conseil de défense meeting begins at 9:00, and I can tell you it is a meeting where everyone expresses themselves with the freedom to give their point of view.”

The Conseil de défense is made up of the President, senior minsters and top scientists.

Mr Le Maire was reacting to widespread media reports, and indications from government officials, that the prime minister will announce tonight that shops will stay closed as confinement continues.

He said of the reports: “I am amazed to see every morning, before the President of the Republic has made any decisions, those who think they know his position before it is announced.

The Connexion will report on Prime Minister Jean Castex’s press conference to be held at 18:00 this evening.

When he first announced the second confinement beginning on October 30, Mr Castex promised to reassess measures two weeks later, on the 12 November.

He told news source Le Monde: “We will see if we need to loosen or tighten measures, in light of epidemiological data”.

President Macron also told shopkeepers that he would address the question of whether or not shops could reopen during confinement in mid-November. The meeting this morning is also expected to include discussions on health measures in schools.

Independent shops selling “non-essential” items have now been closed to customers for two weeks, despite protests from shop owners who are concerned about the impact on sales in the run up to Christmas.

Geoffroy Roux, president of the Movement of the Enterprises of France told Le Monde: “We cannot close shops for the month of December. [It would create] an economic tsunami.”

Indications that lockdown rules will get tighter

However senior ministers seem to be calling for confinement rules to be tightened. Interior Minister Gérald Darmanin this week sent a letter to prefects calling for police to increase checks on travel exemption forms.

And Work Minister Elisabeth Borne has called for an increase in working from home. She told news source Le Parisien: “We are faced with a brutal epidemic. Reducing journeys and physical presence at work are some of the most effective methods to break the dynamic of the epidemic.”

Health officials have also said that, despite two weeks of confinement, the situation in France is still serious.

Director general of health, Professor Jérôme Salomon, has said that “the peak of the epidemic is ahead. The second wave is still progressing,” despite indications that the spread of the virus is starting to slow.

The national incidence rate, which measures the number of cases out of 100,000 people in the past seven days, has started to go down, and the number of positive cases from all tests taken has now fallen below 20%.

While confinement rules may - or may not - change, a source from Mr Le Maire's office told news source FranceInfo that the prime minister hoped to give some indication of what this year’s Christmas celebrations in France may entail in his speech this evening.

“Shop owners need to be convinced that they are not scapegoats. French people have understood that we need to live with the virus. That means taking precautions, but also to be able to celebrate Christmas with gifts.”

Covid-19 vaccine ‘should be mandatory for all’ in France