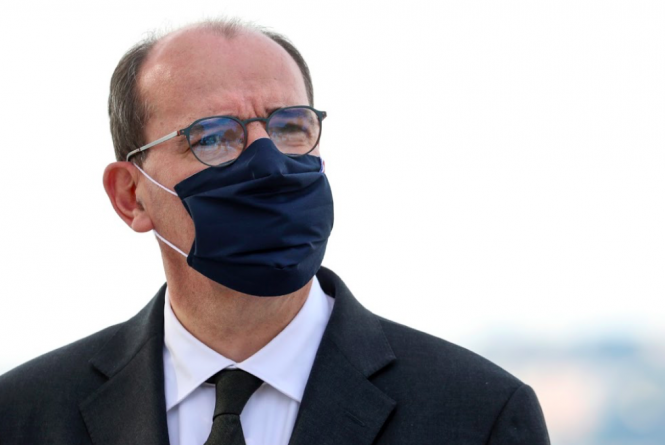 Prime Minister Jean Castex will speak at 18:00 tomorrow, following a meeting with the Conseil de défense
By Joanna York

Government spokesperson Gabriel Attal spoke yesterday (November 10) about how lockdown in France may evolve, in advance of announcements to be made by Prime Minster Jean Castex tomorrow.

The prime minister will hold a press conference at 18:00 on November 12, following a meeting of the Conseil de défense - a committee that includes the President, top scientists and senior ministers - to decide on future lockdown measures.

Mr Attal did not give much away, as he suggested three possible scenarios could be announced: “Either maintaining the rules as we know them today, a tightening of the rules on certain points if necessary or a loosening of the rules.”

A government source told the Agence France-Presse that the announcement is expected to be "mainly informative", and that the country is "not at all moving towards a relaxation of restrictions for shops. It is a little early."

Grounds for believing there may be a loosening of the rules could be based on slight indications that the health situation is improving in France.

Health Minister Olivier Véran told news source FranceInfo on Sunday, November 8, that there had been “reduction in speed” of the propagation of the virus in France.

Since daily cases peaked at a record 86,852 on November 7 they have decreased steadily. Figures from released yesterday (November 10) by health body Santé publique France show there had been 22,180 new cases in the previous 24 hours.

However, Mr Véran said it was “too early to judge the effects of confinement” as these figures showed a “reflection of the epidemic before confinement happened”.

He also predicted that hospital and intensive care numbers would rise in the coming days.

Mr Attal echoed these sentiments yesterday. He said: “I must be extremely clear and transparent. It seems very early to suggest a relaxation of the rules that have been established.

“The situation remains serious. The epidemic is still gaining ground. The rate of reproduction, the famous R number, is still above one. The situation in our hospitals is extremely difficult and will continue to be in the coming days.”

A source close to the President told news source BFMTV that despite improvements, “a relaxation of rules seems very unlikely”.

They added that the rules could even be strengthened to include increased working from home, and further restrictions in elderly care homes and schools.

A decision as to whether lycées will stay open is expected, depending on the data available. Many school teachers and students have been striking in recent weeks over the lack of health protocols in schools.

In news that will come as a blow to shop owners, the source also said the government is “not leaning towards reopening independent shops on Thursday”.

Mr Attal did not elaborate on whether shops would be allowed to reopen or not, but gave a reminder of the support available for small business owners. He said: “More than ever the government is by their side, and is determined to help them survive this confinement.”

Minister calls for French police to get tough on lockdown