Nabila Ramdani: French prefer to be "well off, not rich" 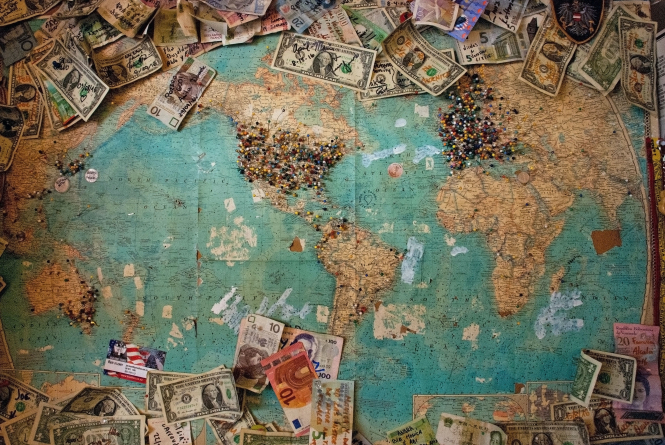 "Most in France like to be well off – but not stinking rich" says Connexion columnist Nabila Ramdani.
By Connexion Journalist

The difference between 'comfortable' and 'rich'

Claims that the average French family of four needs an after-tax income of just under €7,300 a month to consider themselves “rich people” will surprise many in other parts of the world. The British, in particular, are likely to define such a figure – one calculated by the Observatoire des Inégalités – as allowing for a relatively comfortable life, but not necessarily a “rich’ one.

This is especially so in notoriously expensive and overpopulated parts of the UK, like London. Very high mortgages and rents, together with the spiralling cost of living, mean that the traditional trappings of the wealthy are out of reach for even high earners. More significantly, members of an ambitious population who aspire to top marque cars, property portfolios, designer clothes and similar status symbols require vast amounts of disposable cash before they can call themselves truly rich.

The French attribute this dynamic to “Anglo-Saxon” avarice – the one that helped make America great, and indeed, drove the free market politics of British politicians such as Margaret Thatcher. Conservatives in Paris are always bemoaning the fact that there has never been a “Gallic Thatcher” – one who could smash the trade unions, defund the public sector, and usher in a new era of highly lucrative private enterprise.

More opinion pieces: Ed Llewellyn on what the EU exit means for residents in France

Fear of being rich

In fact, such a prospect goes against a French culture which has its roots in an overwhelmingly Catholic peasant society. God-fearing citizens were naturally worried about getting too rich, and were happy to work just hard enough to lead moral lives without showing off. This socially conservative outlook prevails. Hence sacred cows such as the 35-hour week, long lunches in proper restaurants, and the right to take the whole of August off.

Add the powerful influence, in France, of doctrines such as Marxism and it is clear why the Anglo-Saxon obsession with wealth is considered so vulgar, not to say offensive. Left-wing parties in France get a massive vote at election time, and the only reason they do not gain power more often is because they are hopelessly divided. If you go into any kind of small business in France you seldom get the impression that everybody is desperately after a sale, as they might be in the UK. Staff chat, take their time, and generally stick to restricted opening hours.

Read more: how to calculate your property value online

The pursuits of the super-rich

Of course, the super-rich live in Paris, and in vast country homes, but much of their most ruthless capitalism is pursued abroad. French multi-billionaires tend to have inherited their early fortunes, too, rather than earning them as part of the kind of rags-to-riches stories that the Anglo-Saxons like so much.

When Socialist governments threaten to increase punitive wealth taxes – as President François “My Enemy is the World of Finance” Hollande did in 2012 – then French tycoons simply move abroad, or at least get themselves a Belgian or Russian passport. Despite once being finance minister in the Hollande government, Emmanuel Macron has been trying to make France more entrepreneurial.

Read more: are you rich? New report defines what ‘rich’ means in France

The former Rothschild banker dubbed “President of the Rich” by his critics has used decrees to try and reform his country’s employment codes, for example – getting rid of cushy jobs with generous pensions, and giving bosses more power to hire and fire. A new Anglo-Saxon style social and economic model is certainly Macron’s ultimate objective, but fierce opposition has included the nationwide street protests by groups including the Gilets Jaunes, who have won policy U-turns.

Now the coronavirus and an associated crippling recession are further scuppering the Macron project. Some French, of course, want to become Anglo-Saxon rich but, in the short term at least, traditionalists will be quite happy to call themselves €7,300-a-month rich.