Opinion: UK-France bickering is hard on us bicultural ‘kids’ in middle 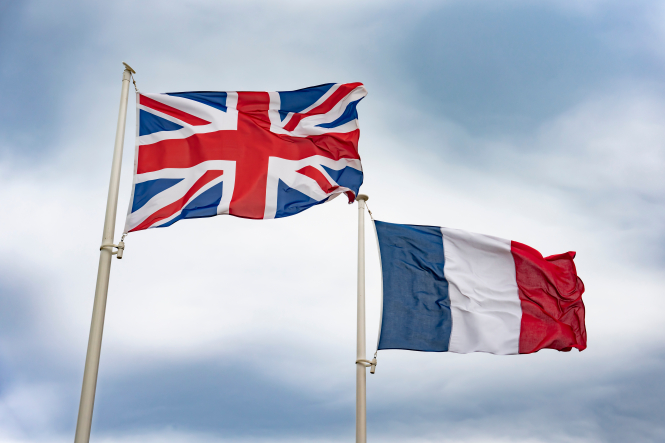 “When you're bi-cultural, bi-national and completely integrated, you love both your countries.” Pic: Mikalai Kachanovich / Shutterstock

When you're bicultural, binational and completely integrated, you love both your countries.

You feel at home in both, you support both football teams. When you're in France you feel British, back in Blighty you feel French.

You truly are the child of two nations, two cultures. You can't choose between them. You love an all-day breakfast, and you are also addicted to pains au chocolat.

In this sense your parents are both France and the UK, and I have often been intensely proud of being the offspring of two such wonderful nations.

The two are blessed with creativity, culture, history and prosperity. Both have contributed massively to the world. Marvels like Concorde, the Channel tunnel, and the Viaduc de Millau are testament to what Franco-British cooperation can achieve.

When London won their bid to host the Olympic Games, I was proud but also sorry that Paris had lost out, and was thrilled when Paris won the bid only a few years later. It made things equal between the two.

But now France and the UK have fallen out

They squabble over fishing, migrants, Northern Ireland, Brexit, the EU, submarines in Australia, Covid vaccines, and anything else they can weaponise.

French Interior Minister Gérald Darmanin recently claimed that “not one euro has been paid” by the UK of the £54million promised to help address migrant crossings of the Channel. However, British Business Secretary Kwasi Kwarteng insisted yesterday (October 10) that the UK is working “very effectively” with France on the issue.

Earlier in September, the UK signed Aukus, a trilateral submarine deal with Australia and the US, as a result of which Australia withdrew from a €56 billion (£48billion) contract signed with France in 2016.

France’s Foreign Minister Jean-Yves Le Drian described the Aukus pact as a “stab in the back,” and Defence Minister Florence Parly postponed two days of talks with the UK.

Reading the news is like being a child sitting on the stairs listening to your parents bickering over who mangled the toothpaste tube. It's unnerving and weird.

But Macron and Johnson are beyond toothpaste now.

They have started the I-remember-when arguments, they're bitching to their friends and refusing to eat at the same table. (Or drink champagne at the same James Bond gala, actually. French diplomats were apparently conspicuous by their absence from the James Bond themed party held at the British Embassy in Paris earlier this month.)

So where does that leave us orphans who want our parents to get on? Just like children helplessly watching their parents spiral into a messy divorce, we're sitting in our bedrooms holding our breath and hoping that someone will come by and knock some sense into them.

I guess in the end it will happen, or perhaps they will pull themselves back from the brink without outside intervention? After all, both Macron and Johnson want to keep their jobs for at least another five years, and we kids can't live in this acrimonious atmosphere for that long.

The mistrust demonstrated by continuing Covid tests for travellers from France to the UK, the sniping over gas and oil prices, the ludicrous British bangers in the Northern Ireland squabble... all of these are a complete waste of time and energy.

We are facing catastrophic climate change, spiralling bills resulting from the pandemic, attacks on democracy fuelled by unscrupulous social media giants, and both Russia and China are lurking, just waiting for their chance to grab world power.

It's time for mum and dad to settle their differences and face the world shoulder-to-shoulder once again.

Moving my business from the UK to France: ‘I've had so much support'