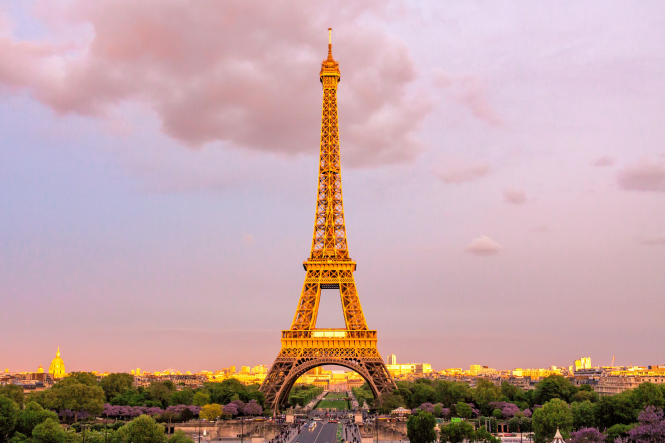 'What M. Macron needs above all, and still lacks, is a party behind him with a coherent organisation'
By Simon Heffer

If it wasn’t bad enough that President Macron succumbed to Covid-19 just before Christmas, the new year holds crucial challenges for him.

Soon, the field of potential challengers for the 2022 election will become more apparent.

Parties will hold primaries later this year to choose candidates, and by the autumn a debate about the future of France should be in full swing.

So, if he wishes a second term, M. Macron must do two things – ensure he has a party to support and promote him, and develop his own vision about France’s future to allow him to put a convincing plan to the electorate that only he can implement, convincing them to give him five more years.

But first he must make a decent fist of the present challenges, the foremost of which remains the pandemic.

The arrival of a vaccine, assuming it can be efficiently rolled out and that it works (something not so obvious as it might seem, given the tendency of viruses to mutate) should mean that the strictures of the last nine months are soon over, perhaps by Easter.

M. Macron then has a double challenge; he will have to ensure that France’s healthcare system, in the respect it has proved unequal to coping with the pandemic, is bolstered or repaired to the point where the public can be assured that any recurrence can be managed more easily.

As with most other European nations, Covid-19 has hit France broadside, and has necessitated enormous economic sacrifices

Such damage is barely sustainable now, and would not be sustainable again. In the present climate, the mark of wise statesmanship is to have a plan to ensure that France gets out of its current difficulties and is headed for the bright sunlit uplands as swiftly as possible.

Compared with Britain, France is a heavily regulated society and after Brexit the comparison will be become even starker, as Britain rids itself of some of the rules imposed on it by Brussels.

It was questions of international competition that made discussions about a post-Brexit deal so difficult, precisely because Brussels was forced to admit to itself the unhelpful level of regulation the EU imposes upon its member states.

France’s unemployment rate, at 8.34% last winter, was nearly twice Britain’s even before the pandemic and it is sure to be higher afterwards.

French economists blamed three factors for this – shortage of trained people to do jobs that were available, a shortage of suitable housing near where there were jobs, and a welfare system so generous that the incentive to seek work is less than it might be.

The pandemic, as again in other European countries, has removed not just jobs but whole businesses in the leisure, tourism, entertainment and hospitality sectors.

These are not problems that France, or any other country, can regulate itself out of.

In his first presidential campaign, M. Macron showed a willingness to challenge economic orthodoxies and pursue what might loosely be termed free-market solutions to entrenched French problems.

That is the vision he must embrace this time, and put his faith in lower taxation and looser regulation persuading people to take business risks, create jobs and come out and spend money once the pandemic has passed; and assuming the vaccine works, to have a plan to do this as swiftly as possible.

The president is aware that his programme must be broader than just getting France back up to normal speed after the unusual events of the last year.

He has announced that he will seek a referendum to include a commitment in the constitution to take steps against global warming, and to make ‘ecocide’ – causing excessive pollution – a crime punishable by multi- million euro fines.

M. Macron has been accused of complacency, or lack of interest, in pursuing environmental policies during his presidency, and has already been at pains to ingratiate himself in that respect with activists.

Aware that the grouping that got him elected in 2017 was a coalition, a policy such as this appeals to the left.

His determination to face down radical Islam is aimed at the right, even though it is likely to continue the deterioration in France’s relations with some predominantly Muslim countries and, indeed, aggrieve members of France’s substantial Muslim community.

On foreign policy, he must decide whether he wishes to repair his relations with his nearest offshore neighbour, the United Kingdom, that became so strained during the Brexit deal fight.

He is likely to get closer to America following Joe Biden’s election, partly because they have political aims in common and share a suspicion of militant Islam.

M. Macron is certain to find that the road to re-election in 2022 is far rockier than the one that preceded his 2017 triumph

Yet what M. Macron needs above all, and still lacks, is a party behind him with a coherent organisation.

La République en Marche exists, it seems, in name only. Its 44th député in the Assemblée Nationale has just defected to another party.

Without a machine M. Macron can have all the ideas in the world but he can’t get elected.

Putting one together is unquestionably his most fundamental challenge in the next few months.

He must be aware that France is an unhappy country – not because of Covid-19 but because of a general sense of divisions between interest groups, and even between the state and its citizens – as exemplified in the loss of confidence expressed in the nation’s police, who are frequently accused of brutality.

M. Macron’s attempt to defend them from criticism has led to his being accused of illiberalism.

In an ideal world there would have been no pandemic and uniting his country would have absorbed all his energy. But it isn’t an ideal world, and M. Macron is certain to find that the road to re-election in 2022 is far rockier than the one that preceded his 2017 triumph.

Simon Heffer: Defence of laïcité is cultural not political

Simon Heffer: What is the way forward for secular France?