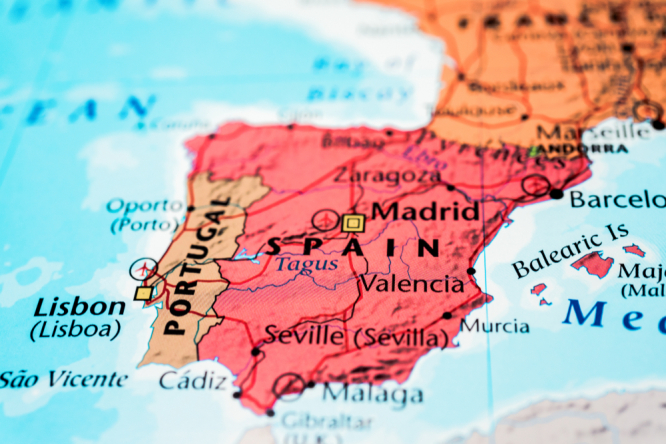 The "pandemic is not over" and people should "avoid Portugal and Spain as holiday destinations", Mr Beaune said Pic: Alexander Lukatskiy / Shutterstock

People in France who are planning to book holidays this summer should avoid Spain and Portugal, the French European minister has said, due to the rise of the Delta Covid-19 variant.

Junior European Affairs Minister Clément Beaune told France 2 that he was aiming to spread a “message of caution” to travellers during the summer.

He said: “In general, the pandemic is not over. For those who have not yet booked their summer holidays, we should avoid Portugal and Spain as destinations. It’s better to stay in France, or go to other countries [with less risk].”

Read more: Gendarmes’ 9-point plan to keep your home safe when away on holiday

He said that the situation in many European nations was being closely monitored, including in Greece, Portugal and Spain.

Mr Beaune added that some nations had “opened their doors a bit too much” in order to benefit from economic activity over the tourist season, even though some countries, such as Greece, have stepped up checks on tourists in a bid to keep the virus under control.

The comments came just before government spokesperson Gabriel Attal said that he did not have a “recommendation to make” on Spain or Portugal specifically. He said that “wherever you go on holiday, we must be vigilant”.

But Mr Attal also said yesterday that the situation is deteriorating in France due to the Delta variant, which is "formidable and rapid" and which now represents 40% of cases nationally.

He said that there is a risk that a fourth wave of Covid-19 will arrive rapidly.

Mr Beaune did not only speak about Covid. He also condemned a new law in Hungary, which bans the ‘promotion of homosexuality’.

The minister called it a “sclerotic law” and denounced it as a “scandal in Europe”.

Tensions are high between Brussels and Budapest as a result of the law, with the European Commission having launched an investigation into the rule, with sanctions or a repeal of the law possible.

He added that the newly-re-elected leader of the Rassemblement National party, Marine Le Pen, has recently signed an open letter with Mr Orban saying that she wished to work with him and that she “shared his values”.