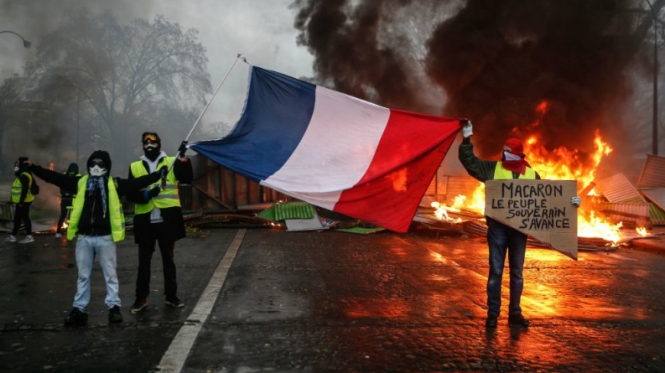 The controversial law was introduced by Prime Minister Edouard Philippe and is called la loi anti-casseurs in French - in reference to the 'breakers/smashers' or violent vandals seen during the recent gilets jaunes protests.

It is currently being debated in the Assemblée Nationale, with a vote scheduled for February 5.

Among its measures, the new law would set out stricter laws for protesters, and require vandals and violent protesters to help pay for and fix any damage that they cause. It could also create a list of people who have been banned from protesting due to violence, and forbid protesters from covering their face.

Now, Nicolas Krameyer, head of the freedom programme at Amnesty International, has denounced the proposed law, after being questioned on the issue by French news source FranceInfo.

My Krameyer said: “The first thing, is that [the law] represents a big return to administrations forbidding the right to protest…[and gives] all the power to political or police authorities to determine if someone has the right to protest or not, on the basis of extremely weak suspicions.”

The other problem with the law, Amnesty International said, is in its rules on the partial or total covering of the face. This, the law states, could be punished by a fine as high as €15,000.

Mr Krameyer argued that this measure would risk the criminalisation of peaceful protesters, who may be wearing protective helmets, scarves, or glasses in a bid to protect their faces.

He said: “Many people cover their face because they want to protect themselves. For us, this law will not improve anything. In contrast, it will dissuade a great number of peaceful protesters from using their right to protest.

“We must remember that the French penal code [already] has judicial measures in place, and a police force at its disposal, to track and prevent any violent individuals.”