BREAKING: UK quarantine is ending for vaccinated visitors from France 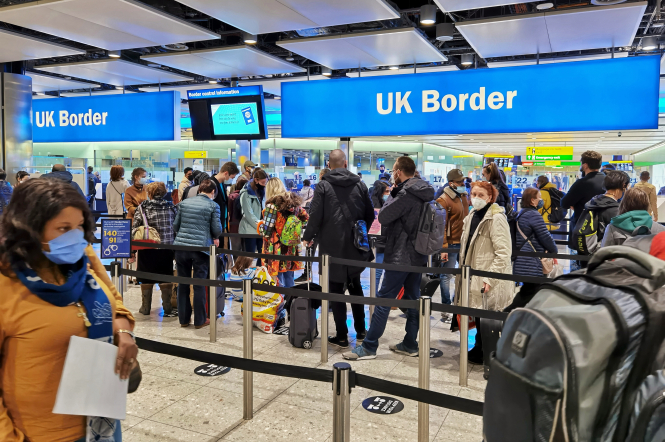 France is being taken off the UK’s amber-plus travel list, ending the need for 10-day quarantine on arrival from early on Sunday (August 8), the UK government has announced.

The rule only covers England, but Scotland and Northern Ireland have announced they will also apply it. The Welsh government has said it will consider whether to follow this latest change, criticising the "ad-hoc nature" of the UK government's travel rules.

The move was announced by the UK government tonight (August 4). At the same time it announced that the French island of Reunion, listed separately in the UK’s travel list and said to be partly the cause of France’s amber-plus listing, will be moved from amber to red.

The UK government said it took the decision to remove quarantine for vaccinated travellers from France as the "proportion of Beta cases had fallen". This drop in proportion is due to an increase in the number of Delta cases, and does not necessarily mean the actual number of Beta cases in France has fallen.

The change means that people fully vaccinated in France or the UK can, from Sunday, travel from France to the UK without the need to quarantine on arrival.

All passengers including children over the age of 10 will still have to take a PCR or antigen test before their arrival in England, as well as a second PCR test on day 2.

Children under 18 who are residents in the UK or France do not need to quarantine on arrival or take a test on day eight.

The change from amber-plus to amber will come into effect at 4:00 on Sunday August 8 in England, Scotland and Northern Ireland.

The step aligns France with the rest of the amber list, where those who are fully vaccinated with a vaccine authorised and administered in the UK, US or Europe do not need to quarantine when arriving in England.

The controversial move was criticised by French ministers after it was disclosed that the decision to impose tougher restrictions on fully vaccinated travellers coming from France was partly due to the prevalence of the Beta variant in Reunion, a French island, 5,700 miles (9,180 km) from Paris.

Reunion is now being added to the UK’s travel red list to be effective from the same date.

France's Minister of State for European Affairs, Clément Beaune, said the decision to exclude France was “excessive”, telling the TV station LCI TV: “It’s frankly incomprehensible on health grounds. It is not based on science and is discriminatory towards the French. I hope it will be reviewed as soon as possible; it’s just common sense.”

France: 'Let vaccinated UK people make up own minds on travel'
Three calls and a visit: UK quarantine checks on my trip from France
Three more reasons why UK quarantine rule for France is flawed
UK NHS vaccine certificates not yet compatible with French health pass