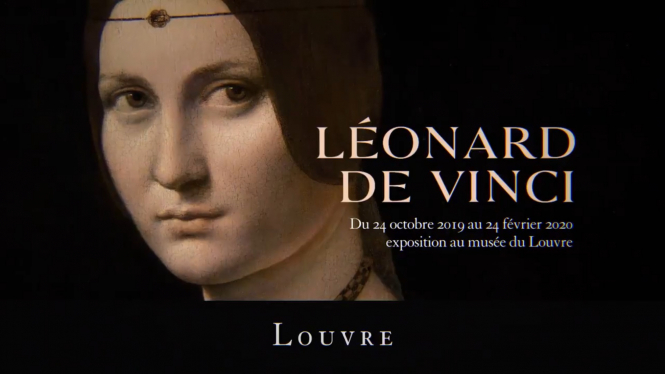 The show has been dubbed the "biggest ever retrospective" of da Vinci's work, with over a quarter of a million tickets already sold
By Connexion journalist

The much-anticipated exhibition opened yesterday (Thursday October 24), and will last until Monday February 24, 2020.

Tickets are only available with specific advance reservation, and more than 260,000 entries have already been sold, prompting comparisons with the recently-closed Tutankhamun: The Treasure of the Pharaoh exhibition held in the Grande Halle de la Villette, to which 1.42 million tickets were sold in total.

The new retrospective includes 10 finished paintings, representing 50% of the total number of painting works ever attributed to da Vinci by experts.

Mona Lisa, La Joconde or La Gioconda (1503–1505/07) is part of the permanent collection at the Louvre, and will not be moved to the separate exhibition (Leonardo da Vinci / Wikimedia Commons / Public Domain)

The famous Mona Lisa masterpiece - arguably da Vinci and the Louvre’s most popular work, and which already attracts more than 30,000 visitors per day alone - will remain in its usual place in the museum’s permanent collection.

It will not be moved to the separate exhibition, but it is the subject of a seven-minute “3D, virtual reality” experience held at the end of the visit.

The infamous Salvator Mundi painting is not expected to be part of the show.

It has been “missing” since it was bought in 2017 for a record $450 million (€405 million) 18 months ago, and is thought to have been acquired secretly for the forthcoming opening of the Louvre Abu Dhabi.

The Vitruvian Man will appear at the Louvre, but only for two months (Leonardo da Vinci / Accademia, Venice / Lucnix.be / Public Domain)

The iconic but fragile Vitruvian Man piece will appear - after a battle that saw it momentarily banned from being loaned - and has been lent to the Louvre by the Accademia Gallery of Venice. Yet, it arrived late, and is only set to be shown for two months.

The exhibition has taken a reported 10 years to coordinate and complete, and has seen the Louvre borrow pieces from all over the world, including from the British Museum in London; the Vatican, and several museums in Italy.