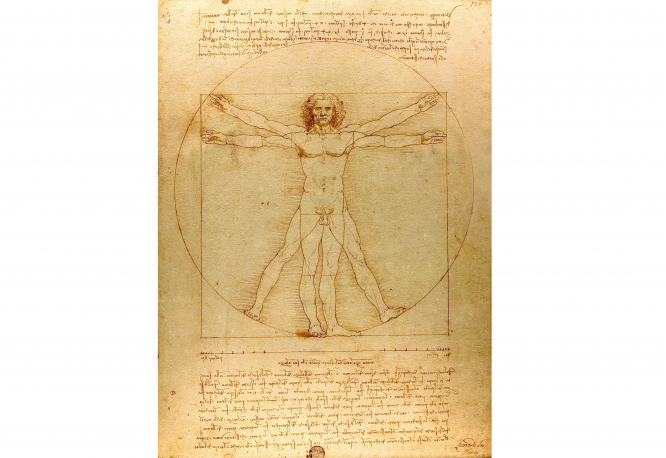 One of Leonardo da Vinci's best-known works may not be at the Louvre for a major exhibition after an Italian court ruled it was too fragile to travel from Venice.

Culture and heritage group Italia Nostra argued that the Vitruvian Man sketch was too fragile to be transported to Paris and could be damaged by going on display in the exhibition to mark the 500th anniversary of the artist's death in Amboise, Indre-et-Loire.

The court upheld the group's claim in a ruling on Tuesday.

The sketch can only be displayed for short periods to limit environmental damage, and the group argued that going on display in Paris would mean it would have to be kept out of the public eye for several years after it was returned to Venice to protect it from environmental exposure.

The Louvre, however, has said that it does not believe the loan can be blocked.

The eagerly awaited exhibition at the museum, which has been 10 years in the planning, is due to open on October 24.

After the court ruling, a statement on the organisation’s website said: "Italia Nostra welcomes with great satisfaction the decision of the [court] which blocked the expatriation of Leonardo's masterpiece…The decision was taken in the recognition of the preciousness and fragility of the asset."

It is not the first stumbling block faced by organisers of the Paris exhibition. The Salvator Mundi painting, attributed to Leonardo da Vinci, was supposed to be on display, but it has not been seen in public since its sale for US $450.3 million (€401 million) at auction in New York in November 2017.

At the end of last year, Italy's junior culture minister Lucia Bergonzoni, a member of the far-right League, said she wanted to revise the deal to loan Italy's Leonardo paintings.

Alongside its own collection and 22 of his drawings, the exhibition is set to feature nearly 120 works (paintings, drawings, manuscripts, sculptures, objets d’art) from some of the most prestigious European and American institutions.

Among the contributing institutions are the Royal Collection, the British Museum, the National Gallery in London, the Vatican Pinacoteca, the Metropolitan Museum of Art in New York, and the Institut de France.