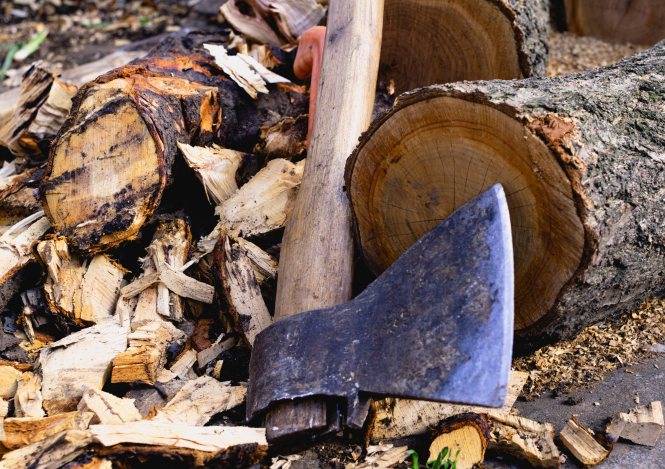 The legal representative of a tree-felling company has been arrested after 350 oaks and conifers were stolen from a private forest in Occitanie. Pic: Di27 / Shutterstock

An individual has been arrested on suspicion of having illegally felled 350 trees in Ariège (Occitanie), six months after the crime took place.

On February 25, 2021, local retirees Hélène Rameil and husband Yves became aware of a sound resembling a chainsaw coming from their plot of land in a private forest near Perles-et-Castelet, close to the border with Spain.

On further investigation, they discovered five woodcutters cutting down their oak trees, and a large 4x4 with a Spanish number plate.

Mr and Mrs Rameil immediately asked the loggers to stop, but they replied that they were only following orders from their boss.

When Mr and Mrs Rameil returned the following day, they found that the felled trees had been taken away.

These included oak trees and conifers that were over 30-years-old.

Nineteen other landowners experienced the same issue, with one, Danielle Segato, saying that the workers made use of the 18:00 curfew which was then in place, moving the timber out while local people were confined to their houses.

The Ax-les-Thermes branch of the gendarmerie was alerted to the incident, and the case was passed on to the district court in Foix.

Using a geolocation device, police were able to track one of the lorries which transported the timber away from the forest.

The lorry was seized in the early hours of the morning of August 24, and the legal representative of the company responsible was arrested and questioned by gendarmes from the Brigade de Pamiers.

Investigators appear to have ruled out a second suspect, who was also questioned in custody.

Police questioning continued into August 25, after which the arrested man was charged and brought before the court in Foix for a preliminary hearing.

This will be followed by another hearing on December 14. In the intervening period, the man has been placed under court supervision and is forbidden from visiting Ariège, from interacting with the victims of this crime and from working in the logging industry.

This incident could result in a prison sentence of five years.

The company to which the individual belongs has also been required to pay a surety within the next two months in order to guarantee that the victims will be compensated.

Both the company and its legal representative could face a €75,000 fine.

Hundreds of trees stolen from private woods in south France