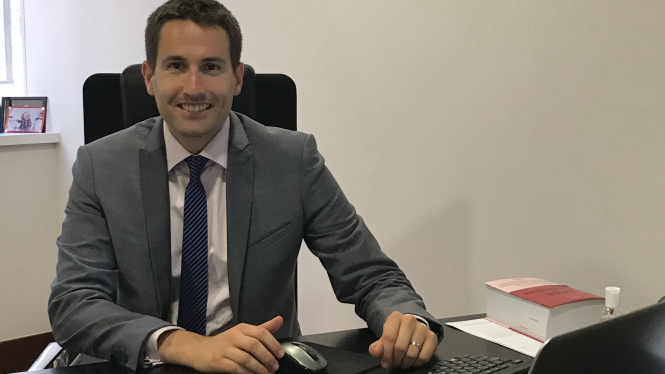 Anyone to whom this applies and who feels strongly about it may contact avocat Julien Fouchet for more details at jfouchet.33@gmail.com

Mr Fouchet has been seeking to challenge the French no-deal Brexit laws on the basis that they treat British people after Brexit as having lost their EU citizenship rights, which he disagrees with.

He applied to top French administrative court the Conseil d’Etat with regard to the ordonnance law published in Feburary, but was told there was no urgency to the case because the French no-deal laws allow for a year on ongoing legal residency in the case of a no-deal Brexit.

A further bid relating to the decree that was published at the start of this month has received a similar rebuff on grounds that Brexit has been delayed until later this year.

However Mr Fouchet says the fact Britons are struggling to be able to vote in the upcoming elections, despite the fact Brexit has not happened yet, provides more grounds for action.

He said he has now lodged a case on behalf of a British person who applied to register to vote in January but never received a response from their mairie. “I’ve done it in view of the extreme urgency, but if there are others we’ll lodge a new application,” he said.

“The ideal thing would be to find a person who is not on the electoral list and who wanted to register after March 31 [once the Brexit delay was confirmed] but has had a refusal from their mairie, or no response.”

Residents in France, whether of French or another EU nationality, were supposed to apply to be registered before then in order to be able to vote but many Britons will have assumed they would have no right to vote because of Brexit so may not have done so. Others who were registered in the past may have allowed their registration to lapse.

Mr Fouchet said he is also alerting the Conseil to a new case in the UK’s High Court by nationalist political party The English Democrats, which is suing the Secretary of State for Exiting the EU arguing that the UK should have left on March 29 as originally planned.

“They’re seeking to say that Mrs May had no power to extend article 50. It could have weighty consequences,” he said.