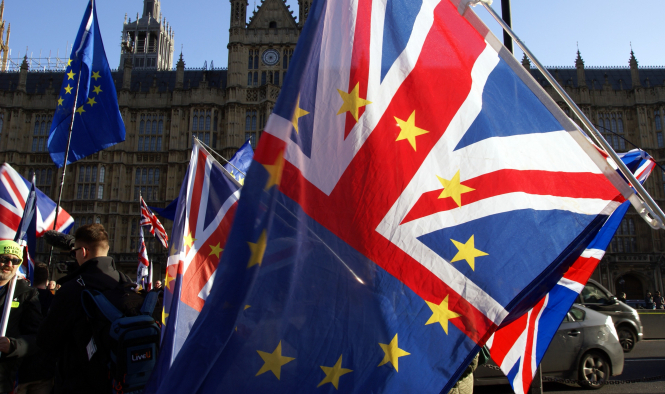 Reader question from Connexion's Brexit helpguide: I'm Irish with a second home in France, can my British wife stay longer than 90 days on a visit?
By Connexion Journalist

Can UK wife of an Irish man stay longer than 90 days on a visit?

I am an Irish citizen, resident in the UK with a second home in France. Will my British wife be limited to a three-month stay in any six-month period if she accompanies me to France or will she be able to benefit from the more flexible 183 day per year limit, as I do? If so what will we need to show at passport control?

In practical terms, unfortunately yes she will be limited to no more than a three-month stay, though this does not apply until after the end of the transition period.

As you say, EU citizens can come and go in other EU states, especially one like France which is relaxed about formalities for EU citizens – there is no requirement to register after three months, as some countries have, for example. Technically, free movement is only for three months but it can go on longer if someone is working or if they are not working but are able to support themselves and have healthcare cover (typically this has meant using an Ehic, which can be used as long as the stay is still considered temporary and does not amount to residency).

The 183-day limit that you refer to is because if you spend more than half of the year in France you could be considered to have become a French resident. In the case of non-EU citizens married to an EU citizen, as in the case of your wife, they have the right to accompany EU citizens during stays but before three months elapses they would be expected to apply for a five-year carte de séjour from the prefecture in order to stay for more than three months.

This would be the free carte de séjour de membre de la famille d’un citoyen de l’union. It requires showing the passport of the EU citizen spouse, proof of where you live, proof of the family link (eg. marriage certificate), and proof that the EU citizen is living in France legally ie. evidence of their income and healthcare cover or work contract etc.

As such a process is more appropriate to moving to France for the long term, it would be best to only plan trips of up to three months’ maximum. These changes would apply after the transition period, currently set to finish at the end of 2020.

In our comprehensive help guide, you'll find information on what Brexit means for British residents, second homeowners and visitors in France - now and after December 31, 2020. Recently updated following on from the delay of the new residence card website for Britons (now set to launch in October), this 64-page handbook outlines what you need to do as Britain leaves the EU. We answer your questions on whether second homeowners can spend more than 90 days in France after Brexit, would you be better covered for healthcare by becoming French, future guidance on pet vaccinations and more. Buy the guide here.