Brexit: We recap the rules for five-year residency cards in France 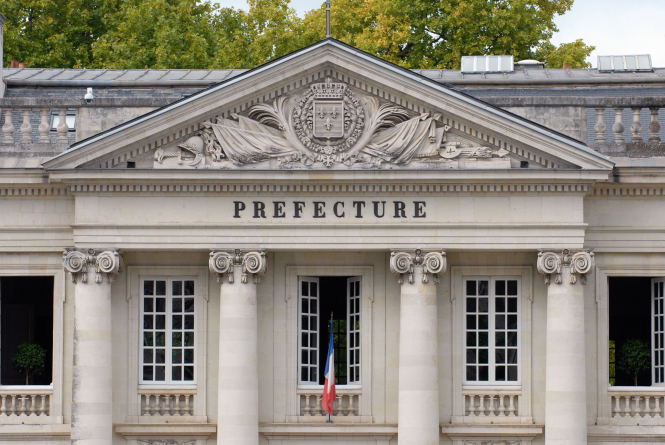 Aplications to swap a five-year card for a 10-year card would be made to the local prefecture Pic: RVillalon / Shutterstock

There are limits as to how long people living in France with a five-year Brexit Withdrawal Agreement (WA) residency card should spend away from France.

Five-year cartes de séjour to stay in France are issued to Britons with WA rights who are not able to show that they were living in France for at least five years before they applied for the card.

The five-year cards give you the right to go on living in France and benefiting from the same rights while accruing a five-year period.

Once you can show that you have been in France for five years since the date you gave in your original application for your ‘installation’ in France, you have the right to apply for a ‘permanent residency’ card, which will have a 10-year validity date (renewable after that with minimal formalities).

As the focus so far has been on everyone obtaining their first card, the Interior Ministry has not publicised detailed advice on swapping a five-year card for a 10-year one, however as the dedicated WA residency cards website has now closed this would be done by an application to your prefecture.

We have asked the ministry and one of the prefectures in an area known for its British population if more information is now available and will provide updates if received.

What do the rules say about time spent away from France?

According to the Brexit Withdrawal Agreement in order to maintain your rights while accruing the five years the standard rule is as follows: You should not be absent from France for more than six months a year, however absences of up to a maximum of 12 consecutive months for ‘important reasons’ including pregnancy and childbirth, serious illness, study or vocational training, or a posting abroad.

With regard to these rules the WA refers to an EU directive of 2004 concerning permanent residency rights of EU citizens, which sets these out at article 16. The European Commission interprets the reference to 'six months a year' as relating to 365-day periods starting from when the person moved to France (eg. if a person moved to France on March 6, the first 'year' would end on March 5 the following year).

Once you have the permanent card, rights to live in France are strongly protected and can only be lost through being away from French territory for more than five years.

However this residency right does not include the right to live in another country of the EU.

Some people can have ‘permanent’ card early

Note that there are a few situations in which people can qualify for a ‘permanent residency’ card after fewer than five years in France. According to the Withdrawal Agreement these are:

We note however that a French ministerial circular to prefectures about Britons’ residency cards, states that these categories above benefit from the right to a permanent residency card without needing to prove a specific length of stay in France.