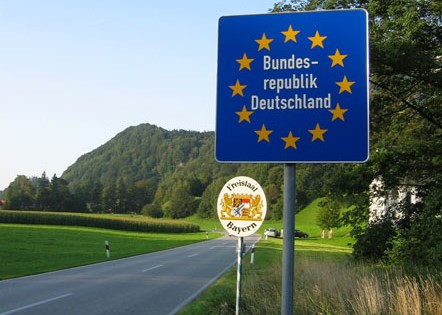 Contrary to the tone of some UK media reports, the imposition of a 90/180-day rule on visitors to France next year is not a petty ‘retaliation’ for Brexit but an inevitable - and predicted - result of the UK leaving the EU.

Visitors of all nationalities that are not members of either the European Economic Area or European Union (plus microstates surrounded by EU/EEA states) must follow the same rules which date back to the early 2000s.

It would have been difficult for the EU to opt to change the 90/180-day rule for Britons due to these uniform rules, which regulate those coming and going into the Schengen passport-free area and have been in place almost two decades, and France could not unilaterally offer different rules to the UK.

The rules mean that when a ‘third-country’ (non-EU/EEA) citizen comes into the Schengen area, at whatever point, the border checks in that country are not only for protection of that country, but for the whole of the 26 Schengen states.

Once inside, there are no further border checks (apart from on identity if using air travel), until the person once again takes a flight, train or ferry to leave the area.

The UK, as a sovereign state, will now operate its own domestic immigration rules which, for nationalities not subject to short-term visitor visas, means a stay of up to six months at a time is possible. It is also set to include, for example, uniform new long-stay residency rules including an 'Australian-style' points system, favouring young well-paid workers.

The UK did not request that negotiating an identical reciprocal rule should be part of the Brexit future relationship agreement, and if it had, to allow this would have posed unique complications for the EU in having an exception for Britons that is accorded to no other non-EU/EEA nationality.

What is the Schengen area?

The Schengen area comprises 22 EU states and out of the remaining five EU members, four (Bulgaria, Romania, Croatia, Cyprus) are legally obliged to join in future. Ireland maintains an opt-out linked to its wish to continue to participate in a common travel area with the UK.

The UK also had a perpetual opt-out, however as an EU member its citizens benefited from the same right to come and go from the area as those of Schengen area states.

The area is named after a town in Luxembourg, where an initial agreement on the concept of a common border-free area was signed between 10 European Community members in 1985. The area was fully established by 1995 and its rules were integrated into EU law by 1999.

The area’s current rules on border checks are detailed in the Schengen Borders Code, dating from 2006.

The area operates a single policy with regard to non-EU/EEA visitors, including requiring visitors from certain countries to obtain a standardised short-term Schengen visa to be able to visit the area at all, even on holiday.

All other ‘third-country’ visitors are instead subject to a rule of staying no more than 90 days in any 180-day period, which in theory allows for a stay of up to six months a year, though not continuously.

Adherence to the rule is checked at the border with dated passport stamps.

Once inside the area, foreign nationals are free to travel around it – for example from France to Belgium or Italy – as long as they do not overstay the 90-day period.

The EU and UK have agreed that Britons will not be subject to short-term visitor visas.

At present, physical border checks for third-country citizens are considered essential, which is one reason why Britons will no longer be able to use fast automated passport lanes at EU airports, which are reserved to EU/EEA citizens.

As certain foreign visitors do not have to apply for short-term visas, which require checks of paperwork before obtaining permission to travel, the Schengen Borders Code states that non-EU/EEA nationals should nonetheless undergo a ‘thorough’ check on entry. This includes checking that they have a valid travel document, which must not be more than 10 years old and must have six months left to run on it at the date of entry, asking for the reason for the stay (you should for example be able to show a hotel booking or other evidence of where you are staying), and enough financial means to support themselves for the trip.

They must also not have a security alert issued for them in the Schengen information system database.

In the future a new automated system for the area’s external borders is planned, called the EU Entry-Exit System, which it is hoped will allow for third-country visitors to go through e-gates. However this is not expected to be in operation before 2022 and at present the e-gates used by EU citizens have no way of collecting the information needed from third-country citizens, including dates of entry and exit to the area.

Are second home owners really 'visitors'? Should they not have an opt-out?

Many second home owners naturally feel attached to France. However there is no special legal category for second home owners simply owing to the fact of owning property in a Schengen country such as France or regularly spending part of the year there.

In terms of residency rights and border checks they are treated the same as any other non-EU/EEA visitor.

It is possible to apply for a long-stay visa, a paid-for process involving visiting a French consular office in the UK which gives longer residency rights of four months to a year. Long-stay means more than 90 days at a time.

The issuing of long-stay visas and residency cards (which allow for residency rights to be extended beyond a year) is not standardised in the Schengen area and the details are a matter for each country’s immigration policy.

However if you obtain a national long-stay visa then any periods spent in the relevant country (eg. France) and to which the visa applies are not counted in the 90/180-days Schengen rule. The usual Schengen area rules, including requirements regarding six-months to run on passports, do not apply to stays in France in these periods or while transiting through other EU countries to France.

Aside from the Schengen rules, standardised European Union rules apply to long-stay residents in limited circumstances, notably where a foreign national maintains continuous residency in the EU for more than five years at which point additional rights may be applied for, under certain conditions.