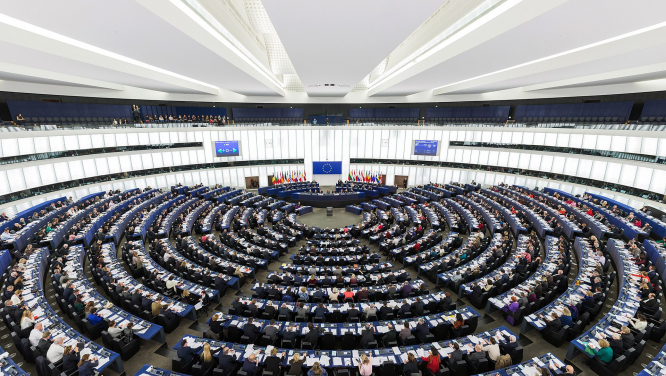 The latter refers to the ability to come and go from other EU states in future without ever losing their right to live and work in the UK, whereas the Withdrawal Agreement (WA) only allows existing expatriates a maximum five years away from the country where they live before losing rights to live and work there.

During the Brexit negotiations the UK negotiators at one stage proposed this in return for 'continuing free movement' for Britons, but the EU said this could be looked at in the ‘future relationship’ talks.

The MEPs also say they regret that the UK has generally ruled out continuation of free movement after Brexit between the EU and UK. They say they hoped any ‘future relationship’ agreement between the UK and EU would, on the contrary, “include ambitious provisions concerning the movement of persons”.

They also recall that many UK citizens, both resident in the UK and in other EU states, had “expressed strong opposition” to losing their rights as EU citizens and said the EU should look at how to mitigate this, but respecting reciprocity and the limits of EU treaty law.

This formulation has been used in previous resolutions and falls short of the idea, backed by MEPS Guy Verhofstadt and Charles Goerens, that Britons who still feel European should be offered an 'associate EU citizenship' (this is thought to require treaty change).

Following her talk at the London School of Economics last week new EU Commission president Ursula van der Leyen failed to directly answer a question about the possibility of ‘associate EU citizenship’ for those Britons who regret losing their EU citizenship rights and also failed to make any distinction between continuing free movement for existing British expatriates covered by the Withdrawal Agreement (WA) and future free movement between the UK and EU.

'Continuing free movement' is important to Britons in the EU who had future plans to move to another EU country, such as to be closer to children, or for example whose work requires flexibility to work on short contracts around the EU.

Ms von der Leyen said that the ‘Withdrawal Agreement’ Britons would have an “absolute clear status” to live and work in the specific countries where they live before Brexit (or the end of the transition period).

“The bitter truth then is the UK will be a third country after Brexit and then we will have to negotiate. We are very open to do the most because I’m a true believer that as much exchange as possible we should allow to our citizens. But for example if free movement of people is excluded, well there is a trade-off to that.

“The EU is very open on this and we are strong believers that we both benefitted very much from the free movement, not only of people but goods, services and capital, but those four principles go together. The next weeks and months will show at what point we will end."