Six-month visas for Britons to stay in France: Healthcare requirements 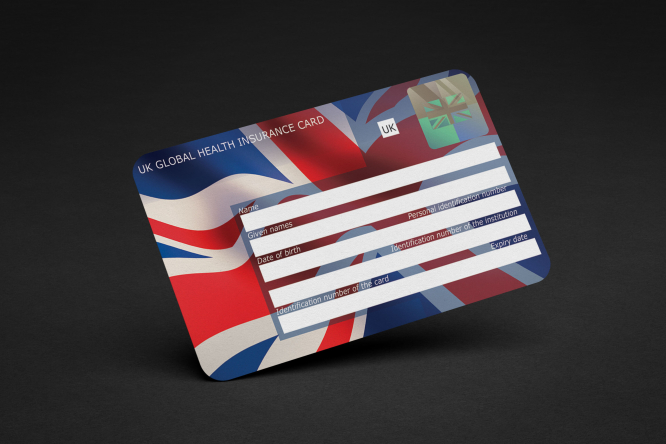 The Ghic is the new name for British-issued Ehics as of this year Pic: Department of Health & Social Care

What health insurance will be required for a six-month visa for a British visitor to France? We want to spend more time at our second home than allowed under the 90-day rule.

When British second-home owners and other visitors wish to spend more than three months at a stretch in France, the temporary long-stay visa is the suitable option.

Showing cover for healthcare during the trip is part of the requirements for this.

Read more: A guide to the temporary long-stay visa

The good news is that for British visitors all that is required is to hold an Ehic card or a Ghic, which is the new name for British cards issued from this year.

One of the positive points that emerged from the Brexit deal signed at the end of last year (the Trade and Cooperation Agreement) was that the mutual arrangements for travellers’ healthcare that the UK had been part of in the EU would continue to apply to the UK. This was uncertain, as this is essentially an EU/EEA scheme.

This avoids the alternative of showing costly private medical insurance for the duration of the visa period.

British residents who still have a card called a European Health Insurance Card (Ehic) can continue to use these (British Ehics last five years).

Those renewing cards or applying for their first one will, with minor exceptions including EU citizens living in the UK and covered by the Brexit Withdrawal Agreement, now be issued an equivalent called the UK Global Health Insurance Card or ‘Ghic’.

The Ghic is the same as the Ehic, apart from its name, however neither this card, nor old British Ehics, can now be used in countries that are part of the EEA/single market but not the EU, such as Switzerland, Norway, Iceland and Liechtenstein.

You can apply for a new UK card six months before the previous one expires.

What do the cards cover?

Already familiar to British visitors from past years, the Ehic/Ghic means Britons visiting for temporary stays can be reimbursed to the usual French state levels for any treatment that is ‘medically necessary’ during their trip.

However, as previously before Brexit, some other items such as mountain rescue or care in certain private facilities are not included. Also, since the cover is based on basic state French healthcare arrangements, for those items that are covered, the cost is usually not paid for at 100% of state rates.

A GP visit, for example, is covered at a set 70% of a €25 state rate, with a remaining part known as a ‘co-payment’ payable by the patient or their private insurers.

The UK government therefore continues to recommend taking a suitable travel insurance policy as well as the Ehic/Ghic card.

Prior to July 2014 it was possible to apply to the UK on your return for repayment of ‘co-payments’, but that no longer applies.

Visitors using an Ehic/Ghic in France do not obtain worse cover if they opt to see a specialist without going via a GP – as is the case for those in the French healthcare system – but they should note the system of ‘sector 1’ and ‘sector 2’ doctors, whereby the latter can charge above and beyond the standard state rates. Any such dépassements are not covered by the Ehic/Ghic scheme.

Generally speaking, visitors pay for their healthcare, then should send (or hand in) the feuille de soins, received from the doctor, to the local caisse primaire d’assurance maladie in the area where they are staying, with the prescription, a copy of the Ehic/Ghic and their bank details including Iban and Bic codes.

For hospital admissions you show your Ehic card and will not usually have to pay upfront for the state-covered elements, though you will be billed for outstanding amounts.

Visitor visas: How do you prove we own our second home?

What income must Britons show for six-month visitor visa?

Visas for second-home owners: How often can we apply?