Why is there a 90-day visit rule for France? Is it France's decision? 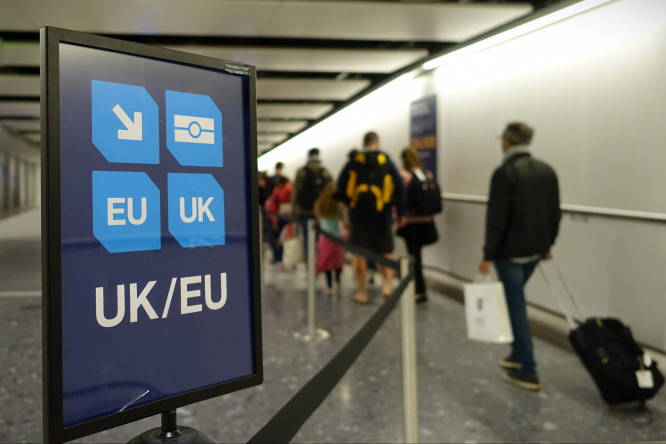 Prior to Brexit, as EU citizens, Britons could freely come to France for trips of longer than three months Pic: 1000 Words / Shutterstock

Reader question: As a UK citizen I can now only stay 90 days in every 180 days in France although I can apply for a six-month visitor visa. Yet French citizens can stay in the UK for six months without a visa. Why is this? My Conservative MP said it was a pre-Brexit decision by France. Will the 90-day rule be dropped? Second-home owners like me are a good bet for the French - we are not a burden and spend a lot while in France.

The discrepancy you refer to is not due to ‘a decision by France’ but is due to longstanding differences in the UK and EU’s rules on short-term visits by foreign non-residents.

The 90-day issue was raised by campaigners during the negotiations for the Brexit deals, and was flagged up by them to the UK government.

French Europe Minister Clément Beaune stated in December 2020, in answer to a question by senator for the French abroad Olivier Cadic on behalf of The Connexion, that in his view it was something that might have been able to have been subject to “an opt-out or extra simplification in the Brexit Trade and Cooperation Agreement”, however he added “I must say though, that our British friends have little appetite to negotiate on this point”.

At the time The Connexion asked Downing Street to comment on why the UK did not press for more an agreement allowing Britons to stay longer in the EU, but did not receive an answer.

We may speculate that this was because part of the pro-Brexit campaign was taking unilateral control of Britain’s borders and immigration policies, so the UK did not prioritise agreeing reciprocal arrangements on these.

The ’90-day’ rule applies across the Schengen area, which comprises the EU states with the exceptions of Bulgaria, Croatia, Cyrpus, Ireland and Romania. It also includes Iceland, Liechtenstein, Norway and Switzerland.

It dates originally to the 1985 Schengen Agreement, signed in a small town in Luxembourg among several EU states, including France, with a view to gradually abolishing internal border checks. It was confirmed by a 1990 convention and then, finally, applied by most signatory states from 1995.

It includes a common framework on visas and groups non-EU countries into two lists for this, called Annex I and Annex II.

Citizens of Annex I countries need to apply for a visa even for a short holiday to France or other parts of the Schengen area.

This grants them the right to come to the area for up to 90 days in a 180-day period and is valid for a fixed period, depending on the person’s declared plans. It may allow one or multiple trips depending on the wording. The person’s passport containing the visa is checked on entry and exit from the area.

For those on Annex II, which now includes the UK, citizens may come to the area without a visa, for visits of up to a combined 90 days in any rolling 180-day period. If they wish to come for longer visits, up to six months continuously, they must apply for a visa.

Read more: How to apply for the temporary long-stay visa

Prior to Brexit, as EU citizens, Britons could freely come to France for longer than three months as long as (in theory) they were self-supporting or working and had healthcare (eg. an Ehic card). This was not checked and Britons typically stayed without restrictions, however bearing in mind rules on tax residency that may apply if you spend most of the year in France.

Non-EU foreign nationals who obtain long-stay visas to move to (as opposed to visiting) a Schengen area country also obtain the right to visit other countries in the area but are in theory not entitled to exceed 90 days in 180 days in those other countries (though this is unlikely to be checked).

These rules are currently applied by all of the Schengen area states.

Bulgaria, Romania, Cyprus and Croatia, have a different approach – they apply a 90/180-day rule within their own countries but do not combine it with visits to the Schengen area states, so you could, for example, spend 90 days in France and then go to Romania for 90 days.

British citizens can come and go from Ireland freely as long as their passport is valid for the duration of their stay, as there is a ‘Common Travel Area’ between the two countries.

The six-months rule in the UK

The UK has its own national visa policies with regard to foreign visitors and it never joined the Schengen area.

So-called ‘visa nationals’ are citizens of countries subject to visas for all short-term visits. The Standard Visitor visa issued is valid for a visit of up to six months from the date on the visa.

As for ‘non-visa nationals’, which now includes EU citizens, they may visit as tourists for up to six months at a time. There is no specific limit such as 'up to six months in a calendar year', for example, however if someone visits for more than six months in total a UK tax year they are liable to be considered a UK tax resident.

Prior to Brexit, EU citizens visiting the UK benefited from a standard EU-wide free movement rule for EU citizens of free stays of up to three months, or longer if self-supporting or working and having healthcare. However a three-month limit was not enforced and EU citizens could come and go either by showing a passport or their national ID card.

Could something change for British visitors to France?

When questioned by Olivier Cadic last year, Clément Beaune said: “Perhaps it will be possible for us to go further in the [Brexit Trade and Cooperation] agreement, but it’s a point that’s still under discussion and that’s advancing in a not very satisfying direction.

“We could see afterwards, depending on our relations with the UK, what happens moving forward. It’s possible we could take national measures, but there is 90 days without a visa, guaranteed.

“While waiting for another solution, it’s possible to ask for a temporary long-stay visa for stays longer than three months, though it’s more cumbersome. We aim to make things as simple as possible.”

It is unclear, however, how France could offer special rules nationally to one non-EU country’s citizens, as we are not aware that any such exemptions exist for a particular group in other Schengen area states.

The European Commission states on its website that the Schengen area “relies on common rules” on issues including "harmonisation of the conditions of entry and of the rules on short stay visas (up to 90 days)".

This is the case because of the lack of passport checks and stamps at its internal borders.

We have however asked the commission if in theory an individual Schengen state such as  France could nationally apply an ‘opt-out’ for one non-EU country’s nationals.

We have not heard of any current French government plans to address this.

In spring this year former British ambassador to France Lord Ricketts told The Connexion: “I think that what we have now is what we are going to have for some time to come”.

He added: “Much as I would like to be able to say I think the limit could be extended or renegotiated, I really don’t see much feasibility.

“Having done the deal, I don’t see either side wanting to put effort into changing that now. For the foreseeable future, British people will have to arrange their lives around that.”

Meanwhile Dr Elvire Fabry of the Institut Jacques Delors, a specialist researcher on Brexit, said it is possible that improved rules for British second-home owners to stay longer than 90 in 180 days “could come” eventually, but she doubted there was a will to offer this in the short-term.

“In certain regions there are British people who have been very integrated for years and who contribute to the local life. There could be a local demand that favours it. But I think that there isn’t a huge appetite to make concessions for now,” she said.

British pensioners moving to France – how to apply for a visa

French ‘RoboCrop’ pilot scheme could be solution for small-scale farms
15 October 2021
More from Brexit
More from Connexion
Get news, views and information from France
Join the newsletter
Subscribe to The Connexion