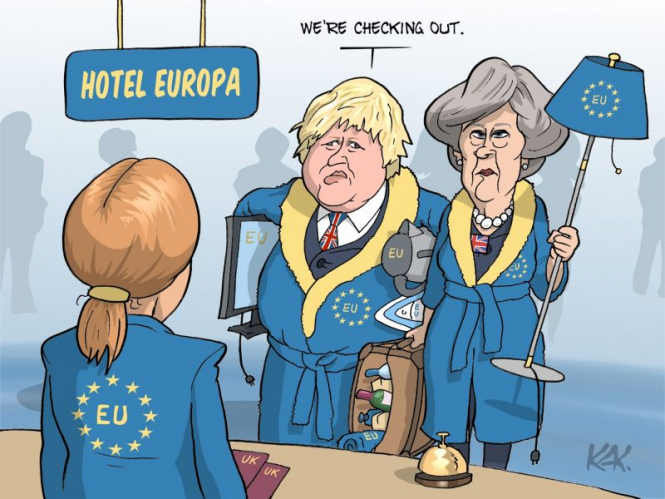 The French association Cartooning for Peace was set up in 2006, nine years before the Charlie Hebdo attacks, to build bridges with images and laughter.

It began after deadly riots broke out when Danish newspaper Jyllands-Posten published cartoons of Muhammad.

French cartoonist Plantu and the then-UN secretary-general Kofi Annan, who were friends, wanted to show cartoons and humour can bring people together.

The association’s current president Kak, editorial cartoonist for l’Opinion, said cartoonists’ work is needed more than ever but there should be changes.

“Today, cartoons have to be accompanied by teaching and explanations, notably for the young. For the new generation, and certain parts of society, it is more difficult than before to joke much."

“There is a tension in a lot of communities, not just among Muslims, but among minorities or activists as well, and it means that they can no longer cope with their cause being mocked."

“Laughter is not just to bring someone down – we make a lot of jokes about our friends, for example. Laughter is a reflex. It’s a way of creating a bond, a way of helping people to see things in a different way."

“It is also a way to combat fear. If something makes you scared, the best way to overcome it is to laugh, to make jokes about it."

“So we cannot let this attitude take hold, we need to educate people, explain humour to people. Before we could make jokes without having to explain them. Now we always have one group of people who laugh, and another group who are shocked."

“There’s always been people who say your drawings are not funny, or even go further and say the drawing is racist, antisemitic, sexist. But that is freedom of expression, they have the right to say that."

“The problem is today it does not stop there. Social media contributes a lot. [Cartoonists] are subject to the ‘order of internet users’, who jump on you and insult you, sometimes threaten you, and who look to try to make your work disappear. The famous ‘cancel culture’.

“There is real work to be done with young people to prepare the future generations so that they can accept humour.”

Cartooning for Peace now has 200 cartoonists all over the world

When it was set up, Cartooning for Peace had 18 cartoonist members. Now it has 200 all over the world, including some Muslims.

Part of its work is educational and Mr Vadot has found himself explaining to tough classes in the suburbs why it is important to support the use of cartoons, including those in Charlie Hebdo.

“The arguments used by these youngsters is that God’s law is supreme and blasphemy is against God and should be punished, but I say people are free to think and do what they want in democracies, as long as it is within the laws of the land,” he said.

“If you start imposing your will on what can or cannot be turned into a cartoon, the only way is to end up with a dictatorship, which is why I support Charlie Hebdo, even though their outlook is different from mine,” he said.

The work of the organisation is divided into organising exhibitions of cartoons around themes, teaching through the use of cartoons, and supplying a blog run by Le Monde newspaper with fresh cartoons twice a week.

Mr Vadot said the work had influenced him. “When you meet cartoonists from different parts of the world, who do not have the same cultural or societal references as you, and look at their work, you open yourself to new ways of seeing and being."

“The power of drawing and cartoons and humour is such that I believe they can work against the horrors of the world.”

With three nationalities, from a French father, an English mother, and marriage to an Australian, Mr Vadot does most of his work for Belgian French-language financial newspaper L’Echo. Brexit has inevitably played a large part in his recent work.

“Belgium will probably be affected more than any other European country, because so much of it is turned towards Britain,” he said.

“It is such a dividing topic too – among my English side of the family, half are for it and half against. The one thing they can agree is that it is a good source of humour to be channelled through cartoons.”