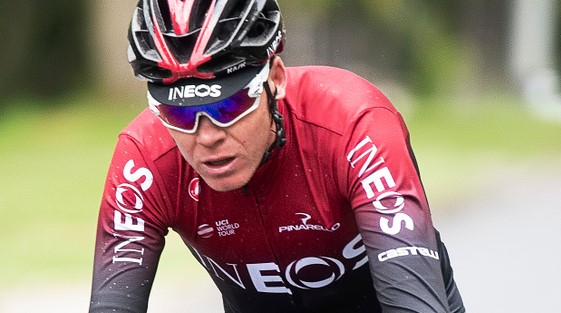 Chris Froome was described by the reporter as a 'holiday cyclist'...but he is actually a four-time winner of the Tour de France Pic: Jonny Wolfe / Shutterstock

Chris Froome surprised a local news reporter in the Var last week when he cropped up unexpectedly in a TV news report for France 2 about forest fires in the Esterel massif.

The clip shows a firefighter blocking a cyclist from continuing his ride on roads that have been closed due to the risk of fire.

“No one can come through, not even this holiday cyclist,” says the reporter in the voiceover.

Little did they know at the time that under the helmet and sunglasses, this ‘holiday cyclist’ was none other than the British road racing cyclist Chris Froome, four-time winner of the Tour de France.

The clip has since racked up over 1million views.

In fact, the cyclist went on to complete a bike ride of 180km in the space of 6 hours 34 minutes, as part of his training that day.

Froome, who lives in Monaco, later responded on social media by sharing a map of his 'holiday bike ride' via the activity tracking app Strava and referencing the gaff, alongside a winky face.

Earlier this summer, Froome was one of nine cyclists injured in stage one of the Tour de France 2021 when a spectator with a sign caused a pile-up.

France in top 5 for cycling in the world, Google Maps data shows
7 French expressions to talk about the Tour de France

20 hours ago
3
Visitor visa for France: How do we prove we own our second home?