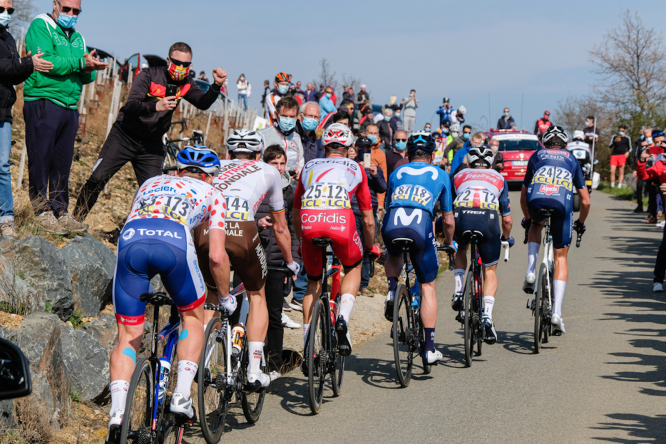 Le Tour de France is back for another year (if you call it La Tour it would mean 'tower of France' instead).

After a crash involving 50 riders thanks to one fame-hungry fan, the Tour de France 2021 has certainly gotten off to an interesting start.

With the great French cycling tournament, nicknamed la Grande Boucle (the big loop), comes some equally interesting and unique vocabulary. Read on to learn some French race-related expressions you can use if you're watching this year. Just remember to stay out of the way!

We will start with le peloton, the main pack of riders. This dates back to the 1600s when it was used to refer to a small body of soldiers.

By the 1850s it had developed into a group of sporting competitors and shortly after it became exclusively used for cyclists.

If you are riding between two groups, the breakaway leaders and the peloton, you are on a potato hunt, rouler en chasse-patate.

If you are trying to gain ground while on a steep ascent then the chances are you are doing la danseuse, pedalling standing up.

Then there are the jerseys with the most coveted being the maillot jaune (worn by the overall tour leader).

The maillot vert belongs to the best sprinter, the maillot blanc for the best rider under 25 and the stand-out fashion item on any race, the very fetching maillot à pois (polka dots) for best climber.

However, there is also recognition for the rider who comes last. He is la lanterne rouge, followed not too far behind by the broom car.

More on the Tour de France