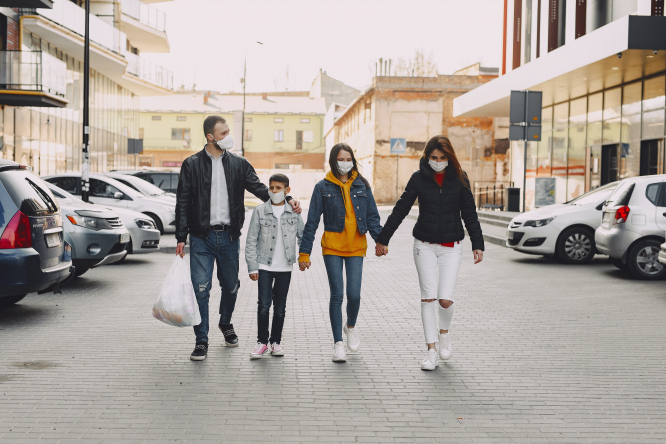 “The first wave never ended. There was a decrease in circulation of the virus with the confinement, but the virus has always been present,” Dr Jean-Paul Hamon told Connexion.

His comments come after the Conseil Scientifique, a body that advises the government on issues related to Covid-19, reported that a second wave of the pandemic is “highly likely” in Autumn or Winter this year.

Dr Hamon agrees that there has been an increase in the number of cases, but believes that the virus remains under control.

“The number of cases for the moment is relatively moderate, there is not necessarily an enormous epidemic,” he said.

“What we’ve seen is that as soon as people stop barrier measures [and social distancing], the number of cases increase. But it is still an epidemic that is controlled. Except in Mayenne.”

Mayenne, a department in the northwest of France, has been on high vulnerability alert since the middle of July, after seeing a sharp increase in the number of cases.

The number of cases per 100,000 people reached up to around 150 in Mayenne between July 18 - 24, but has been steadily falling since then and is now around 50. It remains the most affected department in mainland France.

“In Mayenne, what we didn’t do is that the government did not act early enough,” Dr Hamon said.

He called for there to be a greater efficiency of testing speeds after identifying cases.

He said that the difficulty is that if France does not increase the speed at which it can test people for Covid-19, a speed he described as currently “insufficient”, then other departments in France may face the same problem as Mayenne.

The Conseil Scientifique has suggested imposing localised lockdowns in areas particularly affected by the virus, in order to control the circulation. Dr Hamon said that he did not believe this was necessarily needed.

“But it’s true that if we don’t manage to control a situation, it will be necessary to take additional measures,” he said.

He pointed to Japan as an example to follow. All foreigners arriving in Japan are currently required to quarantine for two weeks.

“It could be necessary to do tests on arrival at the airports or everyone arriving from abroad must do a test, and then they stay confined until the test results,” Dr Hamon suggested.

“Even if we are not capable of controlling everyone, it is basic sense to control people who come from abroad or who are coming from countries ‘at risk’,” he said.

1,039 new cases of coronavirus have been detected in the past 24 hours, show figures released by the Ministry of Health Tuesday (August 4). The ministry also reported 13 new clusters of the virus since Monday, bringing the total number to 733 since May 9. Of these, 441 have already been controlled.

Dr Hamon remained optimistic about how France was currently handling the pandemic.

“The virus circulates but it’s not catastrophic, we are controlling the cases,” he said.