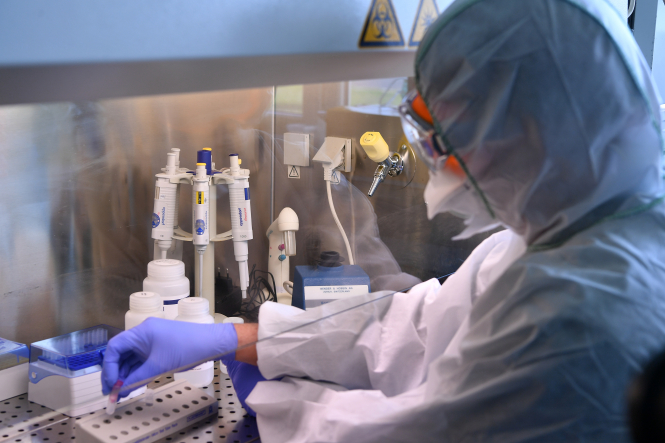 Covid-19 testing centres in France have been busy, with some people reporting long queues
By Connexion journalist

There are over 3,300 testing centres in France where people can be checked for free for Covid-19, without the need for a prescription. As well as this, there are mobile testing units that have been set up at various key locations around the country.

Details should be available from your local mairie.

However, there have been reports of long queues at the mobile testing units, some taking up to three hours, according to a report by France Info. In Nice, a Connexion journalist went to the mobile centre at 08:30 on Friday (August 14) when it opened and found that there was already a queue of between 20-30 people. A woman working there said that the queues were the same all day, every day.

Twitter user David Reviriego posted that in Paris’ 3rd arrondissement, at one mobile unit there was a queue of 15 people by 07:00, and the testing centre was not yet open. He also reported having to wait 48 hours for a result. The government website states that results should be delivered within 24 hours.

One Connexion reader, Mr Chandless, who lives in the Bourgogne region, wrote to say that his son attempted to get tested after visiting a friend in a location where the virus was actively circulating.

“When he returned we advised him to take a test in case he was infected,” Mr Chandless said.

“He duly went to our local ‘laboratoire’, a member of the Synlab group, which was listed albeit not as a ‘centre’.

However, for others the experience has been more positive.

Mrs Evans, a Connexion reader who lives in Nouvelle-Aquitaine, said that her local mobile testing centre was “very well organised” despite there being a large crowd.

“There was a form to fill in and then we queued to take the test. It took less than half an hour in total. I got the results by email the following day,” she said, adding that she did not have to pay anything.

“It was unpleasant but not particularly painful. It has reassured me that the effort I'm making to socially distance has been worthwhile.”

Another reader, Ms. Trujillo, said “the lab was super efficient and the test was quicker than the paperwork”.

“I took a test as a walk-in. We live in Bordeaux in a neighbourhood that has had a couple of clusters surface in the last two weeks. The [regional health agency] sent an email to our house to request that we get tested.”

While she lauded the efficiency of the testing centre, she was less impressed with the test itself.

“The lab tech describes the test swab as ‘pas agreable’. In reality, it hurt but at least it was quick,” she said.

The system is intended only for “people with symptoms of Covid-19 or contacts of confirmed cases”. Anyone in this category should phone their doctor who will then organise an immediate free test for you through this platform.

The service is open 7 days a week, from 09:00 to 20:00, and should enable any patient who cannot obtain an appointment for screening within 24 hours to be referred immediately to a laboratory that will take care of him or her within a guaranteed timeframe.

What should I do if I get covid while on holiday in France?