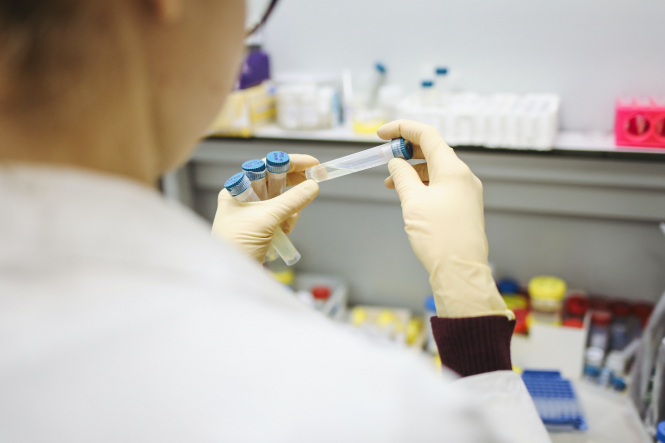 France is taking action against the UK variant of Covid-19 in a bid to stop it from spreading further as more cases are reported across the country, especially in Marseille.

It has now spread further, with confirmed clusters in Bagneux, Hauts-de-Seine; and Marseille, Bouches-du-Rhône; and a confirmed case in the Haute-Alpes.

He said: “We have the tools to keep an eye on it, and do everything we can to avoid - or delay - this extension of the virus. I do not think we will avoid it, but we must slow it down. Why? Because we need to vaccinate in the meantime.”

Health Minister Olivier Véran has also said he is worried about the new variant, and that the country should “really do everything to limit” its spread.

While it is not thought to be more dangerous than the original virus, and is still expected to respond to existing vaccines, it has been estimated to be between 50-70% more contagious.

Health authorities are now proceeding with new measures in a bid to prevent the variant from spreading further.

A ‘map’ of the new variant

A national inquiry has been launched to “create an initial map” of the variant’s spread.

Bruno Coignard, from health agency Santé publique France (SpF), explained during a press conference that the inquiry will consider “all of the positive tests” from Thursday January 7 and Friday January 8.

Epidemiologist and Conseil Scientifique member Professor Arnaud Fontanet explained to newspaper Le Journal du Dimanche (JDD): “The aim is to have a picture, to measure the percentage of the variant among the positive cases.

“The important thing is to know how many there are in the country, but that will change our strategy over the next three months,” he told news channel BFMTV today.

These tests will then be analysed using a specific PCR technique, which gives a “defective signal” if the new variant is detected. Once this is done, scientists at the Institut Pasteur will then perform genetic sequencing, to be certain that the virus detected is indeed the new variant.

These new tests also aim to “break the chain of transmission”, SpF said. On its website, it explains: “As soon as a [positive] case is detected, all healthcare workers are mobilised to help the people concerned, in terms of tracing their contacts and ensuring their strict isolation.”

This is even more necessary when the new variant is suspected, because the sequencing of the virus genome takes longer than the results of a regular PCR test.

Some local areas are also putting in place new measures to address the issue.

The town of Roubaix in the Nord department is mounting a six-day massive testing campaign from today, offering free tests without a prescription to all residents.

Professor Philippe Froguel, a geneticist at the town’s CHU (hospital), said: “The idea is to test the effectiveness of antigenic tests, which have the advantage of being fast, and able to be done in a pharmacy, but that some say are not sensitive enough.

“All of the positive tests will be [genetically] sequenced [and] we will study the viral genome, to seek out the UK variant, the South African variant, or even perhaps others still.”

Dr Jean-Philippe Dancoine, local GP and deputy mayor in charge of health in the town, has said that “if the [variant] virus is present, I think it will give authorities the chance to refine their measures.”

Similarly, the mayor of Marseille, Benoît Payan, has said in an interview with news service FranceInfo that the “presence of the virus is rising in a very worrying way” after the first case was detected in the city in someone who had returned to France after spending Christmas with family in London.

A total of 23 of their 45 contacts were later found to be positive themselves - including eight with the new variant of the virus - said regional agency l’Agence Régionale de Santé (ARS).

This shows how “virulent” the new variant is, Mr Payan said.

As a result, the city is now “testing all of the used water in buildings, apartments, and houses” of contacts of people who test positive, to “study this viral spread”, he said.

He said: “We reacted within an hour. There is no other example in France of [a city] acting so quickly.”

Mr Payan also said that the airport in Marseille would step up checks, to avoid people “falling through the net”

He also called for a “general lockdown” and more vaccines, and said that moving the curfew time from 20:00 to 18:00 - as will happen in Marseille from tonight onwards - was “obviously not enough”.

He said that “the only lockdown that works is a full lockdown”, but admitted that he did not know if this would be “possible”.

He concluded: “I think that the only thing to do is to vaccinate. The vaccine will save us from the virus and it is our only beacon of hope. Today, there are 15,000 doses in Marseille, which isn’t enough. I am calling on the government to deliver more doses of the necessary vaccines more quickly across the country.”

The results of the mass testing remain to be seen: similar measures in the towns of Charleville-Mézières and Le Havre last year only managed to test 10% of the inhabitants.

And some specialists have warned that France’s approach is “too little, too late”. Medical biologist Laurent Kbaier told the JDD: “Denmark was worried when 0.2% [of its tests were positive for the UK variant]. One month later, it had risen to 2%. That is exponential.”

Dr Kbaier said that he estimated that the new variant could already be at 1% of positive cases in the Ile-de-France region.