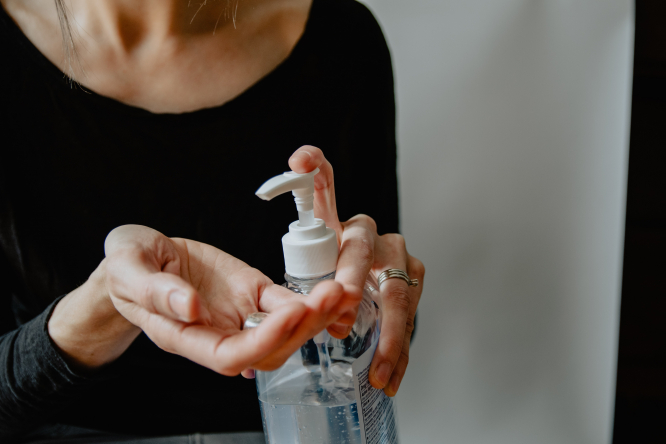 The presence of the UK variant has been confirmed in a cluster in Hauts-de-Seine, near Paris; and health authorities believe it may also be present in a cluster in Ille-et-Vilaine in Brittany.

Contact tracing is underway to identify anyone who may be infected with the UK variant through the clusters. Although the variant is not considered to be more dangerous than other strains of the Covid-19 virus, it is significantly more contagious.

In Bagneux, in the Hauts-de-Seine, one person has been confirmed to have tested positive with the UK variant.

The patient, who works in the public school system, fell ill just before the school holidays at the end of last year. She was then tested and went into isolation.

While students were not in contact with the patient while she was contagious, contact cases have been identified among staff – but those who have tested positive are not yet confirmed to have the UK strain.

Local education authorities have made voluntary Covid testing available for staff in affected schools, with testing for students and parents coming this weekend. The health ministry said: “The objective is to verify that the viral variant is not circulating in these communities.”

No link between the patient and the UK has been established so far, and it is not yet known how she came to be infected with the variant.

Cluster under investigation in Brittany

In Chantepie, in Ille-et-Vilaine, a significant cluster has been identified including patients and health workers in a heath facility for the elderly. But Dr Cédric Arvieux, infectologist at Rennes CHU, told news source BFMTV he does not believe patients in the cluster have the UK variant.

He said: “It’s a variant that we have isolated since October, and it is not the British strain.”

Local health authority l’Agence Regional de Santé has confirmed that the first contamination in the cluster is not the UK variant, but others in the cluster are still being analysed.

Covid patients in the cluster have been isolated out of precaution. In the health centre where the cluster was detected, 60 patients and all staff were tested, with nine testing positive.

The health ministry said of the centre: “Visits and outings were immediately suspended, as were communal activities. All residents who tested positive, and were suspected of carrying the variant, were transferred to a dedicated area, reserved for Covid patients. Staff isolated at home.”

Staff and patients will be tested for the virus again in seven days.

WHO urges strict measures to stop new strain in Europe

As of January 7, 19 cases of the UK variant have been confirmed in France. Mr Véran told BFMTV that while case numbers are currently low, he is not underestimating the threat of the new strain.

He said: “We don’t want this virus to start to spread through the country. It has the same symptoms, it doesn’t result in more serious cases than those we are already familiar with, but it is more contagious.”

This comes as the World Health Organisation (WHO) has said that European countries must introduce strict measures to curb the UK variant.

The UK variant is now present in 22 European countries, and WHO Europe Director Hans Kluge said some countries were now seeing a “steep vertical line” of rising cases as a result.

While confirming that the variant is not more dangerous, and would not impact the efficacy of the Covid-19 vaccine, Mr Kluge said the increased transmissibility of the variant did raise alarm.

He said: “Without increased control to slow its spread, there will be an increased impact on already stressed and pressurised health facilities.”

Is the UK’s new Covid variant spreading in France?

France's travel ban on UK to remain ‘until further notice’