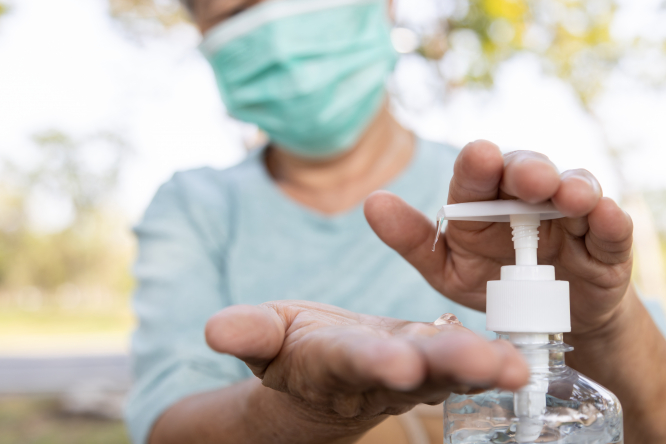 Rules for barrier measures in Lozère, Occinatie, will be increased due to rising Covid cases Pic: CGN089 / Shutterstock

The prefecture in Lozère, Occitanie, has reported that the Covid health situation is “worsening rapidly” as the incidence rate (the number of cases per 100,000 people in seven days) has risen sharply in one week.

Yesterday (October 12) it was at 106, making it the highest incidence rate of any department in France. Last week the rate in Lozère was 29.

The national average for the incidence rate is 44, and the minimum alert threshold is 50.

Rules for barrier measures in the department will now be increased, with mask wearing reintroduced in all venues that require the health pass.

The prefecture also issued a reminder to continue other measures such as hand washing, social distancing, and vaccination.

Why is the incidence rate rising so fast in Lozère?

Last week the incidence rate in the department was 29. Multiple factors may explain the sharp rise.

Firstly, the department has a relatively low vaccination rate with 66.86% of the population having received a first dose of Covid vaccine. There are also concerns that reduced barrier measures could have led to the increase in cases.

In a statement from October 8, L’Agence Régionale de Santé Occitanie also noted that two clusters had been reported in schools in Lozère, particularly in the commune of Limoux.

As the incidence rate was relatively low last week, a single cluster could inflate the rate considerably.

Figures from October 9 show that 11 new cases were reported in the previous 24 hours.

The Conseil des ministres will today (October 13) discuss plans to extend the possible use of the health pass to July 31, 2022.

While the law would not mean that the health pass would definitely be in use until this date, it would give the government the option of implementing its use during this time frame, if deemed necessary.

However, the move has proven controversial among some in government.

“The extension must be decided through a parliamentary process, meaning that in February we will again debate how to exit from the state of health emergency.”

The law has already been amended by the Conseil d’Etat to include a clause stating that the government must “report” to parliament at least three months after the law is introduced, giving an update on the situation and citing reasons for maintaining any health measures in place.

The law would also increase fines for health pass fraud to €75,000 but it has not defined rules for how the pass could be amended if the booster dose programme is extended to the wider population.