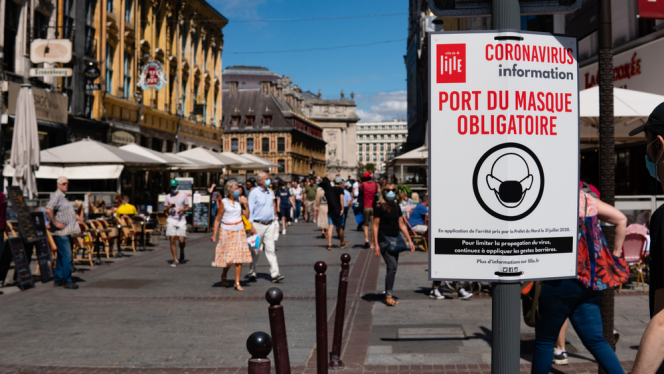 With Covid rates dropping across France, President Emmanuel Macron is expected to discuss next week whether to lift certain restrictions in less affected areas in the coming weeks and months.

The president is to meet with the health Defence Council on Wednesday, September 22. Discussions are expected to include whether some flexibility on rules may be possible, in areas of the country that are currently least affected by the virus, Le Figaro reports.

Mr Macron has stated that the country could, “in territories where the virus is spreading less quickly, lift certain constraints and [allow people to] live normally as soon as the health conditions allow it".

However, the Élysée later warned against “reading too much” into the president’s comments. It said that future measures would be discussed among senior government ministers during Conseil de Défense meetings. This is set to begin next week.

Any changes decided appear unlikely to be implemented immediately on even within weeks.

Use of the health pass is currently set to remain in place until at least November 15. And on Friday, the president reiterated that he would not lift health pass requirements within the next three weeks.

Health Minister Olivier Véran has also said that it is still "too early" to consider lifting the health pass requirement.

In early September, Mr Macron said that the use of the health pass could even be extended if needs be. He said: “We cannot rule out that this temporary tool will still be needed in areas under intense pressure due to the epidemic to prevent having to close venues.”

Currently, 17 departments have an incidence rate of fewer than 50 cases per 100,000 inhabitants, the lower alert threshold set by the government.

The situation is also improving in coastal areas in the Pyrénées-Atlantiques. Masks are no longer mandatory in Bayonne, Anglet, Biarritz, Saint-Jean-de-Luz, Guéthary and Hendaye.

Our map below shows the current incidence rate per department across France.

CovidTracker also offers an interactive map that is searchable by region, offering extra statistics such as the level of hospital tension, number of daily cases, and number of people in intensive care.

Some regions have already begun to lift the obligation to wear a mask.

In Morbihan, Brittany, coastal towns are now exempt from wearing masks, and on September 16, Haute-Savoie ended the requirement to wear masks in busy areas in 85 communes with more than 5,000 inhabitants, and in tourist areas - although it remains necessary in markets, queues, restaurants and museums.

Savoie has implemented the same changes.

In the South, the department of Hérault has abolished mask-wearing outside in high-traffic areas, after the department's incidence rate halved in a fortnight. It still stands at 151.9 cases per 100,000 inhabitants, however.

Similarly, in Var, inhabitants of coastal towns are no longer required to wear masks.

The prefect of Gironde has also said that the department is planning to lift compulsory mask-wearing in public places when the incidence rate falls below 50. It is currently at 58.

However, in the Nord and Pas-de-Calais, the obligation to wear a mask has been extended in order to "maintain a high level of vigilance", despite the areas seeing relatively positive Covid figures.

Masks are still required near schools, busy pedestrian areas, stations and on public transport, for example. In Manche, on the other hand, the city of Boulogne-sur-Mer has eased the restrictions, and no longer requires masks in pedestrian streets.

It comes as the national incidence rate in France (the number of cases per 100,000 inhabitants) fell below 100 on Tuesday, September 14, for the first time since mid-July.

This means that nearly three-quarters of the French population (over 74%) has received at least one dose of vaccine.