Covid France: No lockdown but new curfew, and rules remain 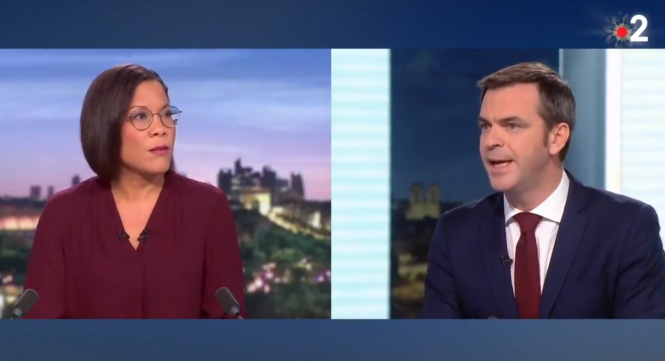 France is not planning to impose a new lockdown “at this stage”, but the curfew may begin at 18:00 in some areas, and other Covid-19 restrictions will continue, the health minister has said in a new interview.

It came after a new cabinet meeting on the issue, and a prediction from scientific advisory body le Conseil Scientifique that there will be a “probably uncontrolled” restart in the epidemic in January due to families mixing over the festive period.

Mr Véran confirmed that the country’s new daily case levels were still “too high” and required careful management. He said: “We have been at a plateau for about three weeks, with around 15,000 new cases per day. We are therefore still too high.”

The minister explained the government’s current plans to manage the epidemic in the next few weeks.

No new lockdown at this stage

He said: “We do not want to confine people at this stage.”

This is despite calls from some local officials for a new national or local lockdown to help manage cases.

Mr Véran did discuss the possibility of extending the current curfew from 20:00-06:00 to 18:00-06:00 in “the areas in which it is necessary”, meaning the areas where the threshold for new cases has been crossed.

Currently, if confirmed, the new curfew times are likely to apply to the regions of Grand Est, Auvergne-Rhône-Alpes, Alpes-Maritimes, and Bourgogne-Franche-Comté, depending on the changing health situation.

If confirmed - in agreement with local leaders, with discussions having already started - the new rules will begin from January 2, and “last as long as necessary”, Mr Véran said.

But some have criticised the government’s plan. Jean Rottner, Grand-Est regional president of opposition party Les Républicains, has called for an immediate local lockdown in the region, and asked “why must we wait until January 2?” to impose the new extended curfew times.

He told news service FranceInfo: “Why wait for January 2? Why not do it immediately? We risk acting too late, and seeing this epidemic start again and [us] playing catch up.

“I understand that the government is taking a wait-and-see position to see how the epidemic evolves. But personally, I would have preferred us to anticipate, to take the lead, and take advantage of this holiday period when there is less activity, children are still at home, when some are on holiday, to impose an effective and brief lockdown.

“But the government has made a different choice.”

Yet, he said that he supported the idea of an extended curfew, calling it a “strong final signal” from the government, that “reduces interactions” and is “more than a symbolic” gesture.

Restrictions are likely to continue when it comes to the reopening of cinemas, theatres, museums, and even ski lifts. These were set to reopen on January 7, but this may yet change.

Mr Véran said: “It looks like it will be difficult, at this stage, to lift all of the restrictions. We still need to see the effect of Christmas and the New Year, and there may be changes.

“Decisions will be announced over the next week, when we have all the up-to-date information.”

The minister was also not clear on what might happen with restaurants and cafes, which had been scheduled to reopen on January 20.

He said: “We are entering a winter stage. It is difficult to tell what will happen in a good winter, which might allow us to keep our head above water.”

Yet, the minister acknowledged that “we must give visibility to people” involved in the industry as soon as possible.

Mr Véran said that the current timetable for vaccination will be maintained, and dismissed criticisms of the government going too slowly in its vaccination roll-out.

He said: “I do not confuse speed and haste. This gap compared to other countries is accounted for. By the end of January, we will have caught up with this delay.”