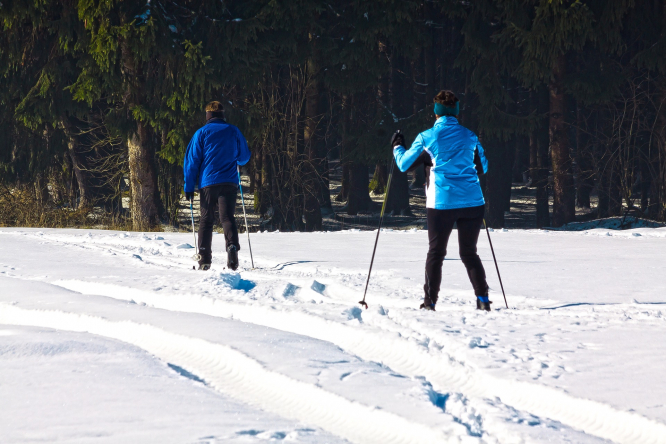 France’s minister in charge of sports has confirmed that cross-country skiing is now permitted.

Roxana Maracineanu published a decree on Saturday, November 28, allowing the sport to be practised until December 15.

France’s lockdown is set to end on that date, if certain Covid-related health objectives are met.

Cross-country skiing is included in a list of individual sports, such as golf, cycling, swimming, hunting, etc. that are allowed as part of people’s daily exercise allowance.

It must be carried out within a 20 kilometre radius of a person’s home and for an overall period of no longer than three hours per day (including travel time).

However, downhill skiing and other snow sports that rely on mountains are not allowed. Ski stations and chair lifts will remain closed over the Christmas period.

“Tonight, I am sad to not be able to ski on the slopes at Christmas,” he wrote on Thursday.

“However, even if the stations are closed, the mountain is not. So come breathe, walk, do cross-country skiing or play in the snow with your children.”

Snow has already fallen in some mountainous areas in France. The most snow can be found in Sainte-Foy-Tarentaise, close to Mont Blanc, which has around 410cm on its upper slopes and 130cm on the lower slopes.