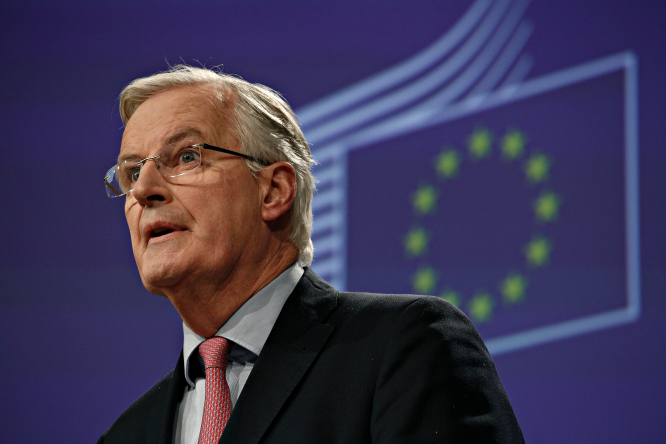 The 70-year-old was the EU’s chief Brexit negotiator, and will stand as a Republican candidate Pic: Alexandros Michailidis

Michel Barnier, the former EU chief Brexit negotiator, has announced his intention to stand as a candidate for the Republicans (Les Républicains) in next year’s presidential elections.

“I want to be the president of a reunited France,” Mr Barnier, 70, said in an interview on TF1 on August 26.

“I am standing to be a president who respects the French people and who makes sure that France is respected,” he said in a different interview with Le Figaro published yesterday evening (August 26).

“We face challenging times. The world around us is dangerous, unstable, fragile. Our country is doing badly. A change in power is needed to reunite us, to bring us back together and to really take action.”

Mr Barnier has said that his policies would include “limiting and taking control over immigration,” and “putting work and virtue back at the centre of our society,” while fighting against “climate change, which is going to turn everything upside down.”

When asked on TF1 about the qualities which set him apart from the other centre-right presidential candidates, Barnier spoke of his part in the “extraordinary” Brexit negotiations, during which “I had to work with all the heads of state to preserve the unity of the European countries.”

The former cabinet minister, who was born in La Tronche in Auvergne-Rhône-Alpes, was first elected to the French National Assembly aged 27, as député (MP) for the department of Savoie.

He has since served twice as a European commissioner, once running – unsuccessfully – for the presidency of the Commission in 2014. Now that he has turned 70, he can never work for the Commission again.

The former leader of Les Républicains Laurent Wauquiez, who had declared himself as a potential candidate, has announced on Twitter that he will not be running for president, saying that for him “the right moment hasn’t come,” and that he does not want to “add division to division”

The Republican party has not yet decided whether it will use a party primary election to settle on its presidential candidate.

Other presidential candidates that have already declared their intention to stand include:

President Emmanuel Macron has not yet confirmed that he will be running for a second term.

If he does, a Harris Interactive* poll published this week suggested that Mr Macron and Ms Le Pen would emerge as the front runners in the first round, with Mr Macron winning the second.

The first round of the 2022 election will take place on April 10, with the second round falling on April 24.