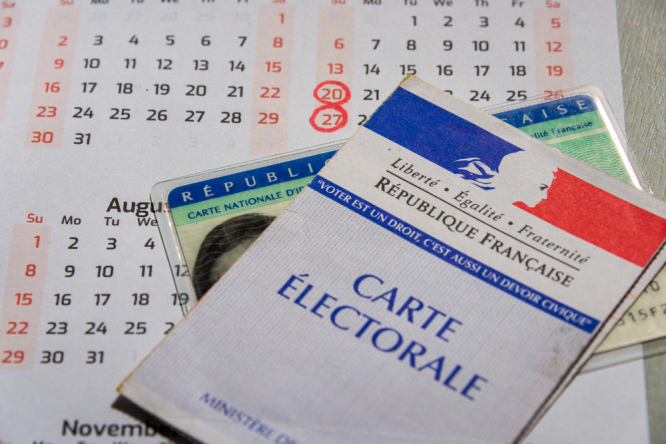 Higher number of voters abstained in this year's regional elections than in any vote during the Fifth French Republic Pic: Robert N Brown / Shutterstock

The second and final round of voting in France’s regional elections took place yesterday (June 27) with the results showing positive outcomes for parties on the centre right and centre left.

The elections have been billed as a precursor to the Presidential elections in 2022, and many were watching to see how Marine Le Pen’s far-right Rassemblement Nationale (RN) party would fare.

But the results were dominated by more traditional centrist parties, with the centre right winning majorities in seven out of 13 regions.

Government spokesperson Gabriel Attal said the results of the election maintained the status quo in France.

All regional presidents in large urban centres held on to their seats, and the results across the board were similar to those from the last regional elections in 2015.

Three regional presidents who held onto their seats – Valérie Pécresse, Xavier Bertrand and Laurent Wauquiez – are predicted to run in the presidential elections next year.

Mr Bertrand confirmed his intention to do so in his acceptance speech saying, “this result gives me the strength to go ahead and introduce myself to all of France”.

All three are from centre right parties, and politicians on the right saw their victories as a positive sign for the election next year.

Damien Abad, MP for Les Républicains (LR), tweeted: “The right is standing stronger than ever this evening. More than ever, we can win the presidential election together.”

On the far right, Marine Le Pen’s Rassemblement Nationale (RN) party hoped to use the regional elections to consolidate power prior to the presidential elections, but failed to win in any region.

A national poll* even suggested that numbers of people who voted for the RN went down this year compared to 2015 in all regions.

In Provence-Alpes-Côte d’Azur, Thierry Mariani had the strongest position of any RN candidate and had even been tipped to win, but lost to LR candidate Renaud Muselier with 57% of the vote in the second round.

Poor results for LREM and Greens

Fourteen candidates for LREM also failed to have an impact, including senior ministers Gérald Darmanin, Eric Dupond-Moretti and Agnès Pannier-Runacher.

President Macron’s party did not win seats in any region.

Political scientist Rémi Lefebvre told FranceInfo: “The party is very centralised, and very personalised [to President Macron]. It doesn’t have the means to put down roots locally.”

Green parties also hoped to convert victories in mayoral elections in 2021 into results in the regional elections, but were largely unsuccessful.

Lists with green candidates came in second place in Pays de la Loire and Ile-de-France, and in third place in Hauts de France.

Low voter turnout in all regions

Yesterday’s vote was also notable for the low voter turnout.

In the first round of voting (on June 20) a national poll* showed that 66.7% of eligible people did not vote, and yesterday 65.7% abstained.

These are the highest numbers of abstentions for any vote during the Fifth French Republic.

Young people were especially reluctant to cast their vote with 87% of 18-24-year-olds abstaining in the first round.

France regional elections: What powers do regions have?