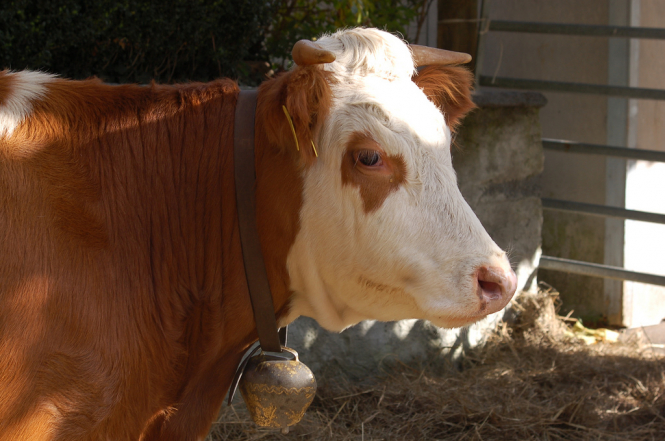 A farmer in the Haute-Loire could face prosecution after he refused to comply with an order to remove the bells from his herd of cows.

Nicholas Toire was ordered to remove the bells from his herd of 40 Salers and Ferrandaise cows in a meadow on the outskirts of the village of Malrevers after a local veterinarian couple complained about the noise they make at night.

A bailiff's letter said that the 'ringing of the bells causes a significant noise nuisance, especially as the herd remains in the meadow day and night'. It cited a report commissioned in August that said the 'noise pollution noted exceeds environmental standards'.

Rather than comply with the order that was sent in September, Mr Toire, 32, launched an online petition in support of his cause to keep the bells, which he says are a key part of local tradition. So far more than 5,500 people have signed the document.

The two vets who complained, however, have launched a counter-petition, insisting the bells are a 'Cantal tradition that has been imported and which upsets a lot of people'. They said that they had asked Mr Toire to remove the bells from the cows that graze 20m from their house so they could sleep with their windows open in the summer.

They said that 50 local people had signed their petition.