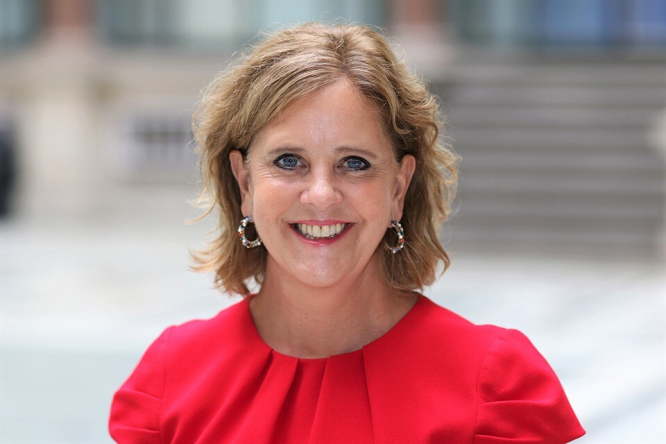 New British Ambassador to France Menna Rawlings says she feels the “weight of history” as she settles into her job as the first woman in the post.

Taking up her role yesterday, she tweeted: “First day as HM Ambassador to France. I felt the weight of history in the 'Duff Cooper' Library, but also the lightness of being the first female ambassador to sit at Wellington’s desk and claim it as my own.

Including Wellington, there have been 36 male ambassadors (some of whom held the post more than once) in the job since his time.

The recently-enobled Duke of Wellington became ambassador to the court of King Louis XVIII in 1814 after taking part in the military campaigns against Napoleon which had ended with his abdication and exile to Elba. He then left again in 1815 when he led the troops at Waterloo after Napoleon’s escape and attempt to reclaim power that year.

Also in 1814 the Duke bought a former home of Napoleon’s sister, Hôtel de Charost, which remains the ambassador’s residence today. It is just down the street from the Elysée in rue du Faubourg Saint-Honoré.

First day as HM Ambassador to France. I felt the weight of history in the 'Duff Cooper' library, but also the lightness of being the first female ambassador to sit at Wellington's desk and claim it as my own. Then I got stuck in. #diplomacy pic.twitter.com/6rScWEAdnF

Mrs Rawlings, a career diplomat and mother of three, tweeted pictures of herself in the residence’s Duff Cooper library, along with a letter and a photo of a green despatch box – the traditional colour for boxes for top British civil servants’ important papers, as opposed to red for ministers.

The letter, dated 1948, was from then foreign secretary Ernest Bevin to Sir Duff, thanking him for his personal gift of books to establish the embassy’s library.

Alfred Duff Cooper had served as information minister to Winston Churchill and as the UK’s representative to Charles de Gaulle’s Free France, before taking up his post as ambassador in September 1944, one month after the Liberation of Paris from Nazi occupation.

The embassy had been closed since 1940 and it was a priority for the UK to reopen it since De Gaulle’s provisional government was now re-established in the capital.

He found it piled with bric-a-brac and barely habitable. Among his own contributions to re-establishing it was persuading the government to fund the construction of a new library, which he filled with his own books.

The residence and embassy were formerly one and the same, however today the main embassy offices are next door.

Her appointment was welcomed yesterday by Catherine Colonna, France’s ambassador to the UK, who tweeted that they “have work to do”.

Mrs Rawlings takes over from Ed Llewellyn, ambassador since November 2016, who is moving on to an as-yet unspecified diplomatic service post.

British Ambassador to France: Thank you as I move on

5 hours ago
3
Visitor visa for France: How do we prove we own our second home?