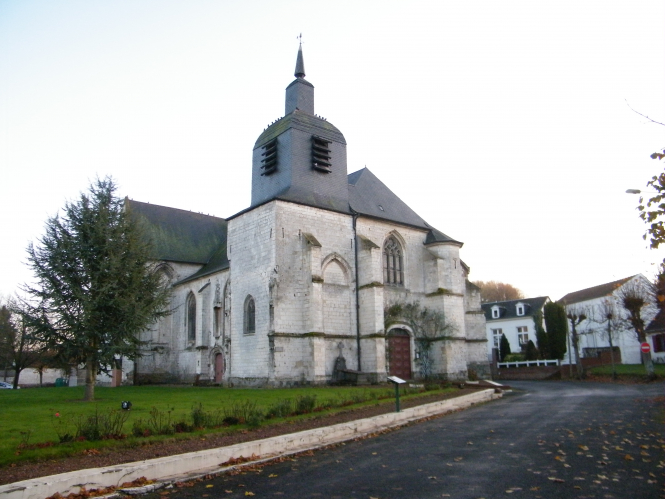 L'église Saint-Pierre de Dompierre-sur-Authie in the Somme was one of the 18 sites selected in 2020 for Loto du patrimoine funding Pic: APictche / Wikipedia

In 25 years, France’s Fondation du patrimoine has helped to save more than 35,000 buildings.

A survey marking the 25th anniversary of the national heritage body has also shown that each euro donated to the organisation produces considerable economic benefits for the local economy.

Castles, churches, bridges, theatres, organs, washhouses, locomotives and remarkable houses have overcome the ravages of time and been given a new lease of life thanks to the foundation.

Created 25 years ago to help rural and unprotected heritage, it has raised funds for more than 35,000 buildings at risk of ruin "that nobody was interested in,”  in the words of one of its founders, Bertrand de Feydeau.

And by restoring these thousands of monuments, the Fondation has boosted local pride and the local economy, according to an impact study by Pluricité, unveiled earlier this month.

It found that €1 contributed by the foundation to a restoration project generates €21 for the local community.

Pluricité also found that “the economic spin-offs linked to cultural tourism" have totalled €15billion and "500,000 direct and indirect jobs" in France.

An example is the church of Saint-Etienne de Lacanche, in the Côte-d'Or, which is linked to the old metallurgical industries. Having been restored with the help of the Fondation, it has now reopened its doors for local ceremonies and cultural events.

"People have taken an interest in us, which is unusual, but rewarding," a resident of this village of 561 inhabitants told Pluricité's investigators, as reported in Le Figaro.

25% of historic buildings in disrepair

Around 80% of the Fondation’s activities involve fundraising for local heritage, according to its president Guillaume Poitrinal, who is pleased with "the significant growth of the foundation over the past five years.”

This is in large part down to the €232million collection for Notre-Dame de Paris following the 2019 fire and the Mission Bern, launched to promote the importance of France’s diverse cultural heritage.

This has given way to the Loto du patrimoine (Heritage Lotto), headed up by television host Stéphane Bern, who selected 18 new sites to benefit from funding in 2021.

Over the past three years, the Loto has been bringing in €27.7million a year and has saved 270 sites out of a possible 509, Mr Bern told Franceinfo in April.

In a 2019 interview with The Connexion, Mr Bern explained that the Loto was inspired by the British National Lottery, which helps to form the National Trust’s annual “budget of £300million.”

This year, its aim was to “reach €80million” for French heritage, double the €40million accessed by the Fondation in 2016.

The task ahead remains immense. "A quarter of France's historic buildings are in poor condition, according to Pluricité's impact survey.

Around 46,000 French sites were classified as "historic monuments" in 2020 and "another 40 listed as Unesco World Heritage".

The foundation's crowdfunding platform is currently collecting donations for over 2,700 restoration projects. And it can count on the support of 86% of French people who say they are "attached to this heritage", according to Pluricité.

Around 31% have already made a donation for its conservation work while 74% visit heritage sites every year.

Brittany’s historic stones vying for World Heritage status
'Why can’t France cherish what the world loves about their country?'
Journées du patrimoine: Meet the maker behind world's most kissed face