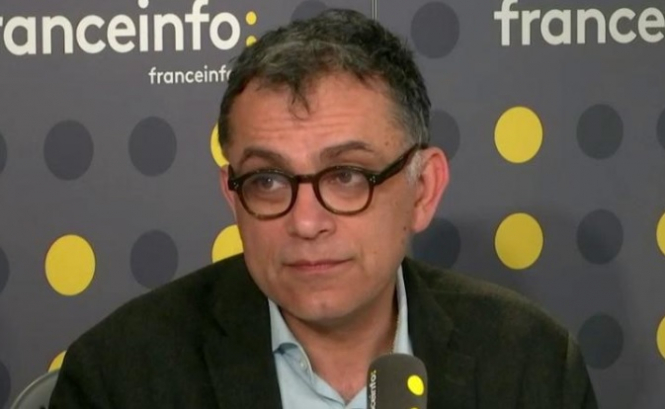 Yazdan Yazdanpanah, head of the infectious diseases department service at the Bichat Hospital in Paris, and member of the government’s scientific council on coronavirus, told news source FranceInfo: “I would say the confinement will not stop in France in 10 days. I think it will be much longer.

“It depends on the curve of the epidemic [and] the number of new cases. I think we should start with six weeks, something like that, I cannot say exactly. But it will be longer than 15 days, it will be around six weeks probably, perhaps more.”

Read more: Why French media is talking of confinement extension

Professor Yazdanpanah added: “The most important thing is that people respect the rules that are already in place. Otherwise there will be stricter rules. That is how we will manage to stop this virus. It is much more contagious than we thought it was at the beginning.

“We have no vaccine or treatment for the time being. I hope that we soon will. While we wait, this [confinement] is the only measure that will allow us to really contain the epidemic.”

In the latest official update from director general of health, Jérôme Salomon, there are now more than 10,995 confirmed cases in France.

But health minister Olivier Véran said in an interview with newspaper Le Figaro that the actual estimated number of infected people was more likely to be around 20,000.

He said: “Since we have entered stage three [epidemic], tests are not systematic. Overall, the situation is very varied across the country.”

He said: “Confinement is necessary. The more seriously we apply it, the less time it will last. The situation will get worse first, before it gets better, and the epidemic will continue to progress, because the people who are dying today were contaminated before the confinement period [began].”

Speaking during a visit to the health institute l’Institut Pasteur yesterday (Thursday March 19), Mr Macron said: “[Extension] is very likely. We don’t know how many waves [of the epidemic] there will be and how the virus will behave.

“People must respect the rules. When I see people going to the park, meeting up, going to the beach or lingering in markets, they show that they have not got the message.

"Many people are not taking this seriously enough. They don’t realise that this is to protect them and their loved ones.”

Mr Macron reminded people that if they can work from home, they should, but the nation should “continue to run”, especially among industries that produce food and collect waste.

He said: “This new period requires us to ask ourselves new questions about our production chain. We must continue to produce and keep the country running.”

He added that he had not used the specific word “confinement” in his national address on Monday (March 16) because “people think it means that we have to seal everything up and never go out again. That is not the case either. Any means of social contact that we can avoid, we should. I know the sacrifice this is.

“But that doesn’t mean everything should stop. There is a third way that we must find.”

President Macron is to hold a new meeting of the defence council on coronavirus today (Friday March 20), to discuss the question of whether to extend the confinement period.

It is not yet clear whether stricter rules will definitely be put in place.

Last night, minister of public action Gérald Darmanin said the move was not inevitable, and that “our country must continue to function”.