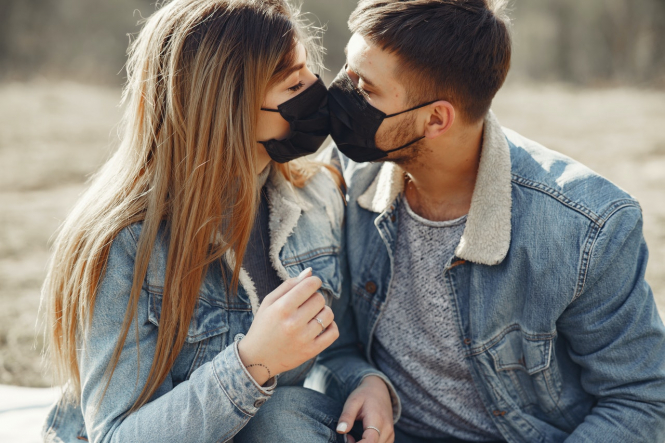 Unmarried couples will now be able to apply for a waiver to allow them to travel back to their long-term partner in France.
By Connexion journalist

A new “exemption procedure” is to be put in place after MPs and the European Commission debated the subject and recommended that a waiver be put in place, junior tourism minister Jean-Baptiste Lemoyne told newspaper Le Journal du Dimanche (JDD) at the weekend.

The European Commission even said that it actively “encouraged all EU countries to allow the entry of unmarried partners of EU citizens and residents into the EU without a delay”.

We encourage all EU countries to allow the entry of unmarried partners of EU citizens and residents into the EU without a delay.#LoveIsNotTourism #LoveIsEssential pic.twitter.com/K462WDIiaj

As European borders reopened, some couples were able to meet up again, but others - especially those in “at risk” countries that are still on “no travel” lists - were still unable to do so.

Now, a new “pass” or waiver will allow couples that have been separated, to travel - despite continued restrictions - and to be reunited in France. Mr Lemoyne made the decision after discussing the issue with lobby group “Love Is Not Tourism”, which had been campaigning for the move.

Couples wanting to benefit from the new pass can request one from “their nearest consulate”, Mr Lemoyne said in a tweet further to the interview with the JDD.

Couples will need to provide the following:

Mr Lemoyne said: “These waivers will be validated by [crisis commission] la Commission Interministérielle de Crise, and will give people a ‘pass’ when it is necessary.”

Some other European countries have already put a similar process in place. Yet, in response to Mr Lemoyne’s tweet, some users feared that the new measure would not work as well as hoped, as consulates are “already overwhelmed”.

One response said: “I would have liked to celebrate, but this announcement makes me very afraid. Precisely because of Covid, consulates are already overwhelmed, and it is impossible to contact them. A measure that requires this process only makes things more difficult.”

The couples in love limbo

At the end of July, Connexion spoke to many couples in “love limbo” due to travel restrictions.

One woman, 22-year-old Sarah, who is Franco-Swiss and lives in Angers, France; is engaged to Alec, her 22-year-old fiance, who has American, Canadian, and Brazilian nationalities, and lives in Florida.

After having seen each other and getting engaged in Vienna in February, the two were separated when Alec returned to Florida, assuming he would be able to return easily. Almost six months later, they are still apart.

Sarah told Connexion: “If it wasn’t for the Covid-19 pandemic and travel bans, we would be married by now. Why shouldn’t we be able to join each other to finally get lawfully married? Married couples don’t have lower chances of catching or transmitting Covid than non-married couples.”

Many groups have sprung up fighting for couples’ rights to be reunited in recent months.

One, Love Is Not Tourism - which had spoken with Mr Lemoyne ahead of his decision to introduce the new travel waiver - has more than 10,000 members.

Another, Couples Séparés, has also been lobbying French politicians on the issue and found support from MPs Mireille Clapot (LREM) and Jean-Paul Lecoq (Parti Communiste Français).

Mr Lecoq also wrote to Minister of Europe and Foreign Affairs Jean-Yves Le Drian asking if anything could be done to allow these couples to be reunited.

Mr Lemoyne appeared to be sympathetic to these demands. In his Tweet, he wrote: “This virus does not like love...but we do!”

Can American citizens living in the UK travel to France?