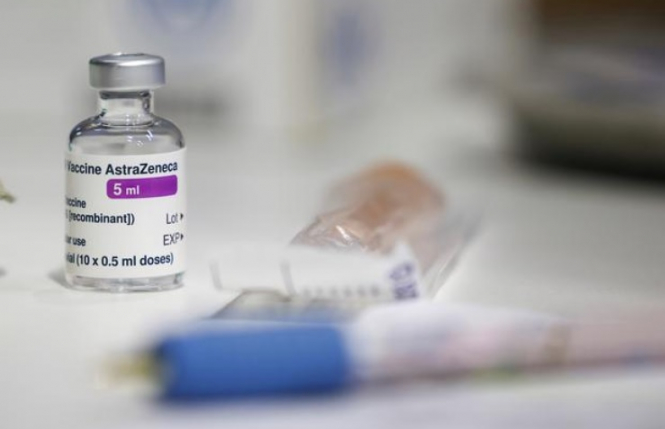 France has followed several other EU nations in temporarily suspending use of the AstraZeneca Covid-19 vaccine amid concern over side-effects.

The suspension was put in place pending a new advisory document from the European Medicines Agency, which is expected on Tuesday afternoon, President Emmanuel Macron has said.

"The European authority will issue an opinion tomorrow on the use of this vaccine. Until then, we have decided to suspend vaccination with AstraZeneca in France, hoping to resume it quickly," Mr Macron said in press conference in Montauban, Tarn-et-Garonne today.

Earlier, emergency services in the Bouches-du-Rhône department interrupted injections of their staff after a firefighter from Arles was hospitalised for cardiac arrhythmia following an injection.

"As a precaution, we have suspended the second injection of the AstraZeneca vaccine," said a spokeswoman for the department's fire and rescue service.

Germany, Italy, Spain, Ireland, Denmark, Netherlands, and Norway (amongst others) have all temporarily suspended Covid-19 inoculations using the Anglo-Swedish vaccine.

The Paul-Ehrlich Medical Institute, which advises the German government, "believes that further examination [is] necessary" after "new information concerning thrombosis of cerebral veins in connection with vaccination in Germany and Europe", said a German government spokesperson.

The EMA "will decide if and how new knowledge [on these side effects] affects the authorisation of the vaccine," added the spokesperson.

Italian medicines agency AIFA said in a statement that it "has decided as a precaution and provisionally, pending a decision from the EMA to ban the use of AstraZeneca vaccine throughout the national territory.

"This decision was taken in line with similar measures adopted by other European countries."

Austria was the first EU nation to suspend use of a batch of the vaccine after a 49-year-old nurse died shortly after receiving a dose. France has received 316,800 doses of that particular vaccine batch. Half the doses have been given with no deaths or blood clot issues.

No link between the injection and observed adverse effects has been established. Health Minister Olivier Véran said last week that “the benefits brought by the vaccination are greater than the risk at this stage”.

3 hours ago
5
Coronavirus: Daily updates on the situation in France