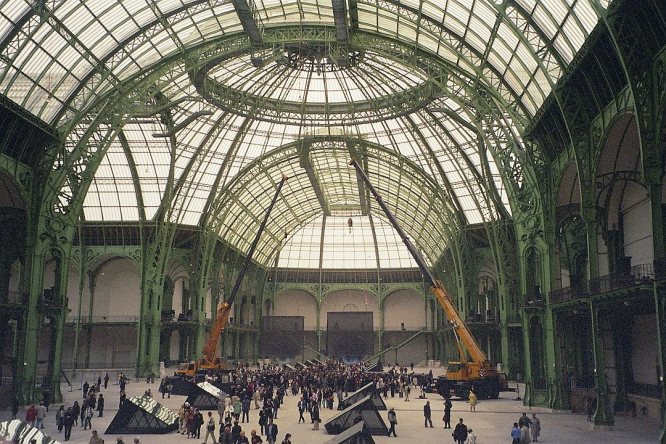 The new rules on events with more than 5,000 people will apply to major venues such as the Grand Palais in Paris
By Connexion journalist

Events including more than 5,000 people have been banned since late February due to the Covid-19 crisis.

Now, the minister for culture has confirmed that gatherings will be allowed from Saturday next week, with some conditions.

From August 15 to 31, events of this size will still need prior prefectural approval to go ahead. From September 1 onwards, even this will no longer be required.

The new rules will include many of the largest concert halls, arenas and exhibition spaces in France, including the AccorArena, the Paris Défense Arena, the Halle Olympique in Albertville, the Arènes in Bayonne, the Palais des Sports in Grenoble, the Halle Tony Garnier and certain “Zéniths” such as that in Lille; as well as the Grand Palais exhibition hall in Paris.

However the global pandemic has led to many major shows, festivals and concerts being postponed until 2021, regardless of the rules, meaning that in practice, many of these sites will not welcome the public for several weeks.

Some shows that are scheduled for September may go ahead, depending on the venue and event.

Major art salon the Art Paris Art Fair in Paris, set to be held in the Grand Palais, is scheduled to go ahead - at the time of writing - from September 9-13; while the International Contemporary Art Fair (La Foire Internationale d'Art Contemporain or La FIAC) is due to confirm at the beginning of September if its October event will be going ahead.

Safety restrictions and precautions are still due to be in place at major venues.

Éric Gensel, crisis and general safety manager at the Grand Palais, told newspaper Le Figaro: “We are asking that [organisers] impose a one-way system, have large walkways, ask attendees to wear masks in the queues to get in, install sanitiser gel at all entrances, and limits on the numbers of people allowed in separate spaces.”

Exhibitions should be reorganised to allow for this one-way system, and to limit the number of people allowed in the venue at any one time, the government has recommended.

At many concerts, however, people will be required to leave a seat free between each group of spectators. Attendees will also, in most cases, be required to book online in advance, and wear masks at all times at the venue.