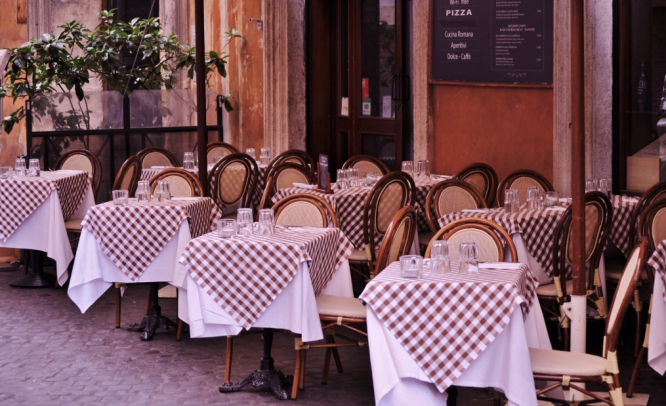 Cafés and restaurants may start to reopen from June 2, the government has said, as part of gradual deconfinement plans
By Connexion journalist

Prime Minister Edouard Philippe set out the schedule on Tuesday April 28 in the Assemblée Nationale.

He said: “If everything is ready, as we hope, by May 11, we will start a phase that will last until June 2.

"This will allow us to check that the measures put in place are allowing us to control the epidemic, and to re-evaluate, as we go, the measures to take for the next phase, which will begin June 2 and continue into the summer.

“It is by gradually introducing [measures] in three-week stages that we will move forward.”

May 11: Shops, schools, and some public places

All of these will reopen from May 11. Open-air markets will be largely allowed, except if local mayors deem that their layout or organisation does not allow for physical distancing and barrier methods.

This does not include cafés or restaurants. Some large commercial centres (more than 40,000m2) will also be allowed to remain shut if local authorities believe they might attract too many visitors from across the country.

Primary and maternelle schools will gradually reopen from May 11, on the basis of “willingness from parents”, who will be able to choose whether or not to send their children back to school.

You will be able to leave your house and travel to within 100km of your home without an attestation form. Trips further away will only be possible for “an imperative, family or professional” reason.

Public gatherings will be limited to 10 people.

These will only be allowed to open in “green departments...where the virus is no longer actively circulating”, Mr Philippe said.

Libraries, media centres, and small museums - “so important for our cultural life”, said Mr Philippe - will be permitted to reopen from May 11.

Large museums, cinemas, theatres, concert halls and festival halls - and anywhere else that brings together a large number of people into an enclosed space - will not be allowed to reopen yet.

These will reopen to the public from May 11.

May 18: Gradual reopening of collèges

Some collège (middle school) students will restart classes from this date, but not all.

Mr Philippe said: “From May 18, but only in departments where the virus spread is very weak, we envisage reopening collèges, starting with sixième (age 11) and cinquième (age 12).”

No ceremonies will be allowed until June 2.

Mr Philippe said: “Religious sites can remain open, but I think it is fair to ask them not to organise any ceremonies until June 2. Obviously, funerals will remain authorised, as they are today, limited to 20 people.

“I know how difficult it is to apply this rule, given the [many] deaths, but it is in France, as in many other countries, to help protect the living.”

These will stay closed until June 1 at the earliest.

This is still not definite. The government will reevaluate this at the end of May, to decide if these can reopen on June 2.

This is not yet certain.

Mr Philippe said: “We will decide at the end of May if we can reopen lycées, starting with professional lycées, at the start of June.”

National education minister Jean-Michel Blanquer has not ruled out delaying the reopening of lycées until September.

No event with more than 5,000 people will be allowed until September, Mr Philippe said.

The sports minister said that tournaments would not be allowed “even behind closed doors” until at least July. However, he did not rule out the possibility of holding some matches in August, would could allow football teams Lyon and PSG to continue their League of Champions games.

So far, the government’s rules will allow the postponed Tour de France to continue. It has been delayed until August 29, lasting until September 20.

It is set to begin in Nice on August 29, and only the first three stages are likely to be affected by the 5,000-people limit on events.

Again, any events that would include more than 5,000 people in one space will not be allowed until at least September.

This will especially apply to demonstrations, festivals, trade shows, and large exhibitions.

Any events grouping more than 5,000 people will need local authority approval, must be organised a long time in advance, and must not take place before September.