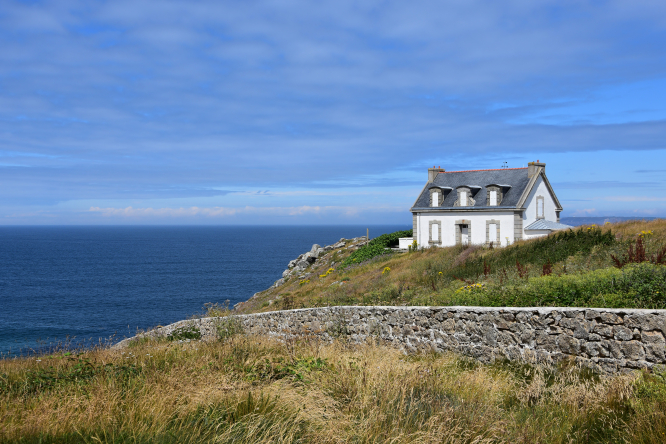 House prices along the Atlantic coast have soared over the past five years, exacerbated by the pandemic and the rise in short-term rentals and holiday homes Pic: Dimitrina Lavchieva / Shutterstock

Property prices are soaring along France’s Atlantic coast, with the average cost of property rising 29% in five years in Brittany – partly due to the influx of people who began working from home during the pandemic.

Prices have also risen 26% in Nouvelle-Aquitaine and 16% in Normandy, over the same period.

This is partly driven by the rise in short-term rentals, such as those listed on platforms such as Airbnb; and the rise in people moving from the cities to coastal areas during the pandemic, when many people’s jobs went entirely online.

Gilles Ménard, mayor of Granville in Manche, is working to fight continually rising prices. He told FranceInfo: “There are investors who today buy entire blocks of buildings to create apartments solely for tourist rentals so imposing some quotas would help us to regulate some issues.”

Several communes are calling to be recognised as a ‘zone tendue (zone under pressure)’ for housing, so they can benefit from regulations against short-term rentals.

It comes amid a weekend of protests calling for more regulations on second-home owners in Bayonne (Pyrénées-Atlantique), and Brittany over the weekend (November 20-21).

Nil Caouissin, leader of one of the protest organisers, UDB (Union Démocratique Bretonne (UDB)), claims that as many as 80% of homes in popular seaside areas are second homes in the region, which are only lived in for three months of the year.

“[Yet] competition from wealthy second-home buyers puts prices up, so lower-income residents can only find housing a long way from their work,” he said. “If we want to house the growing population decently, one solution is to turn holiday homes into main residences.”

He has called for the gradual eviction of second homeowners, or a ban on any property being sold to non-permanent residents.

He said: “The idea is not targeted at the British, or any other population, and anyone who wants to make Brittany their permanent home is very welcome.”

However, some local leaders have called the proposals “an attack on individual property”.

Overall, house prices for new homes in France have also soared over the past year*, reaching a record €5,195 per m² in towns with more than 45,000 people – the highest it has ever been.

This has been attributed to the ‘Covid effect’, which has caused a “structural lack of supply”, and caused the cost of raw materials to soar, the study said.

This means that Rennes has become more expensive per m² than Bordeaux.

Prices in Toulouse and Grenoble have also increased by more than 8% (8.4% and 8.1% respectively).

In Lille, prices have soared by 7.9% over a year to reach €4,203 per m², while the town of Villeurbanne (sometimes considered to be Lyon’s 10th arrondissement) has seen prices rise by 8.8% in a year.

'Paradise island' for sale for €1.5m in Côtes-d'Armor, Brittany