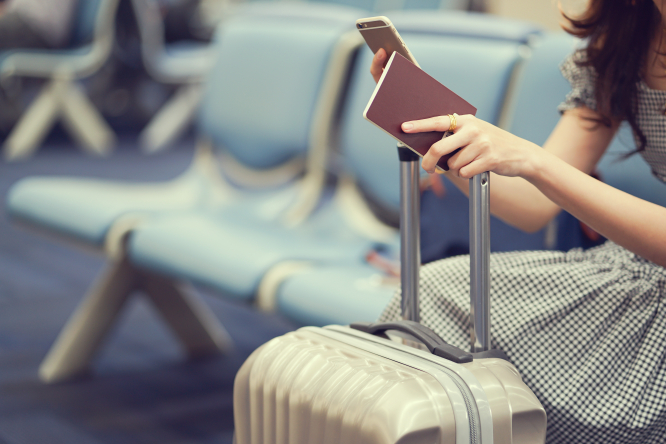 Many women have encountered problems when trying to travel with a vaccination certificate that carries their maiden name Pic: chainarong06 / Shutterstock

The Connexion continues to receive messages from married women living in France with regards to problems caused by the name that is entered on their vaccination certificates.

The Assurance Maladie (Ameli) databases – from which vaccination certificates are generated in France – normally use a woman’s birth name, but depending on their nationality their travel documents will often show their married name only.

This particularly affects women who have a UK or US passport, which do not generally include one’s birth name in the case of a change of name.

For French women, whose passports often remain in their maiden name, there should not be a problem.

Several readers have experienced difficulties when trying to travel abroad as a result of the discrepancy between their passport and their vaccination documents.

The French Health Ministry previously confirmed that it is possible to request a new certificate carrying one’s married name (nom d’épouse or d’usage) from a vaccination centre or pharmacy, but many healthcare facilities have refused to do this.

One Connexion reader living in Alpes-Maritimes, who preferred not to be named, has approached a local pharmacy and a vaccination centre on three separate occasions to ask that her documents be changed.

However, she was told that there was “no way” that they could create a new certificate for her.

The British consular services recommend taking extra documents such as marriage certificates to the airport or port to prove identity, and some women have reported that this has worked for them. Others have both their maiden and married names on their carte de séjour, although this is not always the case.

Our reader changed her name by deed poll in the 1970s to match that of her partner, so when she married him 20 years later, her marriage certificate did not show her birth name.

She and her husband live in the US for six months of the year and are set to travel there next month, and she says she is “very concerned” about being denied boarding on flights as a result of this mismatch of names.

“There must be many British-born women affected by this,” she added.

The Connexion has contacted the French Health Ministry for a second time requesting advice on the steps to take if a vaccination centre will not generate a new certificate.

A spokesperson said: “We are working on it and will provide a response as soon as possible.”

Some health centres will change the certificates

There are vaccination centres and pharmacies where staff will produce a new certificate for you. There is a discussion on an Ameli forum where contributors detail the locations of some of the establishments where this is possible.

If a healthcare professional tells you that it is normal for a maiden name to appear on a vaccination certificate and that they cannot change it, you can prove that this is not the case.

The contents of EU Digital Covid Certificates are detailed under EU regulation 2021/953, which states in English that the documents should include a person’s “surname”.

However, the French translation of the law originally used the phrase “nom de famille,” which according to the government information service Service-public.fr is the name stated on your birth certificate. Married names can be “used in daily life” but “do not replace the nom de famille.”

This French phrasing was later amended to “nom” in an update to the regulation, so allowing for more flexibility on vaccination certificates issued to married women. Vaccination centres should now be aware of this adjustment by now, but this is obviously not the case for some.

It is possible that showing this evidence to the healthcare professional could help persuade them to generate a new certificate, although this is, of course, not guaranteed to work with everyone.