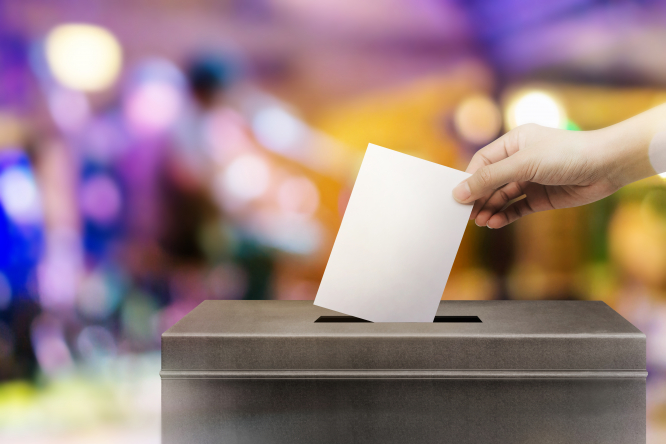 Left-wing politicians in France have been keen supporters of lowering the voting age to 16, but the current centrist government has not previously backed the idea Pic: I'm friday / Shutterstock

A French MP has proposed a new law to allow 16 year olds the right to vote, to drive and be tried as an adult.

François Jolivet, an MP for President Emmanuel Macron’s party La République En Marche! (LREM), said he submitted the bill because he wished to “widen the field of possibilities for young people aged sixteen and seventeen, through a real pact of confidence".

The bill, called a proposition de loi, was submitted to France’s lower house, the Assemblée nationale. Once the bill has been put on the house’s agenda, there is a mandatory six-week wait before it can be debated.

The current voting age in France is 18.

Mr Jolivet is not alone in wanting the voting age extended in France.

Paris Mayor Anne Hidalgo, who is also the presidential candidate for the socialist party (Parti socialiste) at next year’s elections, said yesterday (October 25) that giving 16 year olds the right to vote would allow them to “become aware of what it means to be dependent on others” (in the sense of relying on others to vote).

She went one step further too, saying in the interview with Franceinfo that 16 year olds should also have the right to stand as candidates in elections.

France’s Europe minister Clément Beaune has also previously supported the idea, saying in an interview with L'Opinion on October 13 that it should be included in the debate as part of France’s 2022 presidential elections.

Mixed reactions to the proposed law

Clémence Guetté, a coordinator of the political programme of La France insoumise, a left-wing party led by Jean-Luc Mélenchon, said LREM’s support for this measure was “political opportunism”.

“The political opportunism and irony of highlighting this issue that they have been brushing aside for over four years,” she told Le Monde.

Mr Mélenchon and other political figures on the left, such as Yannick Jadot of the French Greens party, have long been in favour of lowering the voting age.

However, the prime minister is not in favour. Jean Castex believes that the first step should be to encourage people aged 18 and over to go to the polls and not to concentrate efforts elsewhere.

In September 2020, a petition to extend the right to vote to 16 years was created by the former parliamentary group Ecologie Démocratie Solidarité (EDS), which was made up of members of LREM.

The petition gathered around 3,000 signatures, including those of Mr Jadot and Mr Mélenchon.

However, it was brushed aside by the government, and the initiative flopped. The group folded shortly after.