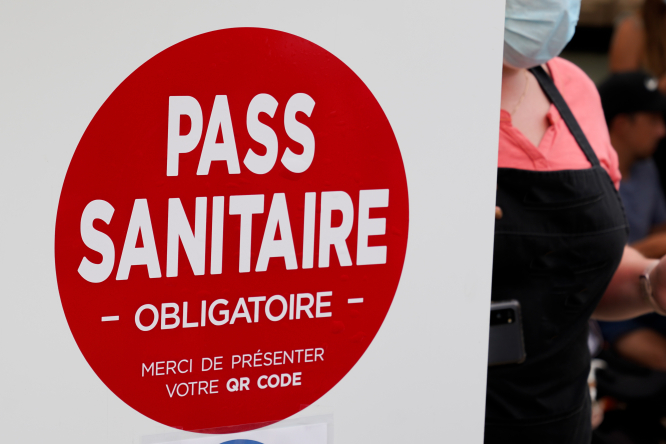 France’s health pass measures, in place since July this year, could be extended for potential use until July 2022, subject to parliament’s decision Pic: Sylv1rob1 / Shutterstock

France’s national assembly, the lower house of parliament, has voted in favour of prolonging the possibility of using its Covid health pass (pass sanitaire) until July 31 next year.

The vote took place over the course of Wednesday night (October 20) and was closely contested, with 135 MPs in favour and 125 against.

The bill containing the proposal to extend the health pass measures will now be debated in France’s upper house, the senate, from October 28, with a view to adopting the bill by November 15.

France’s health pass is proof of a person’s Covid vaccination status, proof of having tested negative within the past 72 hours or proof of having been positive for Covid between 11 days and six months prior.

Everyone in France aged 12 and over (except those exempt from its use) are required to show a health pass to enter the majority of public spaces, including cafés, restaurants, museums and cinemas.

The health pass measures were introduced in France gradually, beginning on July 21.

It has proven controversial, with almost weekly Saturday protests around the country against its use, although the number of demonstrators has fallen to less than 40,000 in recent weeks, down from a peak of over 200,000 at the end of July.

Since its introduction, the number of people choosing to be vaccinated has increased dramatically. Over 1.5 million first vaccination appointments alone were booked in the week following President Emmanuel Macron’s announcement of the health pass measures, on July 12.

Its success has also led to other countries looking into or adopting similar measures.

The latest available data (October 19) shows that 76% of all people in France have received at least one dose of a Covid vaccine, and 74.1% of people are fully vaccinated.