French Pyrenees ski station closes due to lack of snow 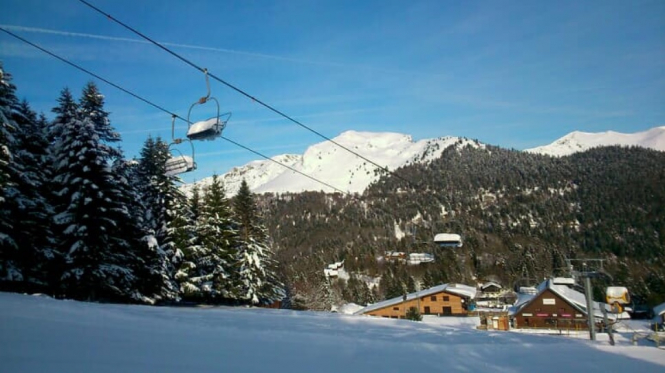 The station of Mourtis, in the Haute-Garonne (Occitanie), has closed its ski fields for “an undetermined amount of time” because “there is no more snow”, it announced.

The small station is between 1,350 and 1,860 metres, and has 19 ski pistes, of which three are “black slopes (the most advanced)”. The decision to close also comes after two young women were injured in a sledding accident on January 19, which was linked to a lack of snow.

Mourtis is not the only ski station in the area with the issue, which is a particular problem for “mid-altitude” resorts starting at 1,500 metres.

Hervé Pouneau, director of a union of three ski stations - Mourtis, Luchon Superbagnères, and Bourg d’Oueil - at the departmental council, said: “The most recent temperatures that we had completely melted what we had left [in Mourtis]. There is no possibility of going down [the mountain] on skis.”

Nearby station Luchon Superbagnères has also had problems, but has so far not felt it necessary to close completely.

Mr Pouneau said: “We have closed one area, but we have managed to maintain all of the high-altitude parts. It is easier to save [the snow] in that area. We hope to maintain access for the start of the winter holiday season, in the hope that more snow will arrive very soon. We would not need much...40 centimetres of snow, and we will be good to go.”

The Pyrenees represents 10% of the French ski market, and is also a key player in the Spanish market.

News of the station closure comes just days after forecaster Météo France declared that temperatures in the country were “abnormally warm” for this time of year. Highs of 24°C and 25°C  were recorded this week in Biarritz and Saint-Jean-de-Luz (‎Pyrénées-Atlantiques, Nouvelle-Aquitaine).

Météo France forecaster François Jobard said it was “too early to say” whether this would mean winter would remain mild throughout the season, but that so far - for the first two months of December and January - it appeared to have been the second-most mild winter since records began.

A report from French and Spanish research group l’Observatoire Pyrénéen du Changement Climatique found that due to climate change, half of the snow in the Pyrenees may have disappeared completely by 2050.