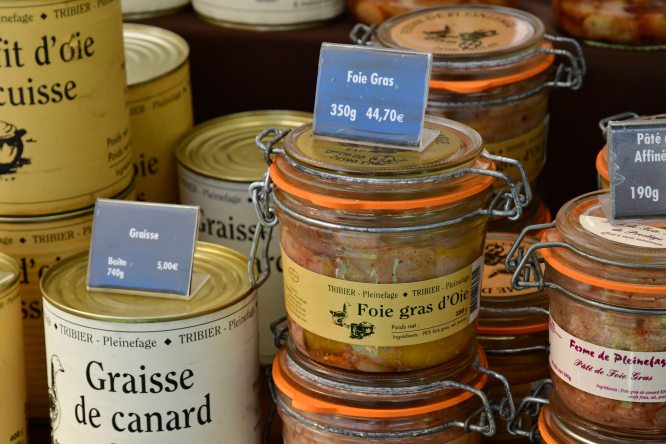 Export sales by one large French foie gras producer to the UK have risen fivefold to €50,000 a year since the 2016 EU referendum. Pic: Pack-Shot / Shutterstock

The French ambassador has teamed up with foie gras trade bodies to fight a proposed UK import ban.

Restrictions on foie gras sales were set out as an objective in the Queen’s Speech in May after years of campaigning by animal rights groups, who say the force-feeding of ducks and geese is barbaric.

No parliamentary action has yet been taken, but the president of the foie gras trade body, Cifog, said the industry has received high-profile support to ward off any future attempts to limit sales.

Eric Dumas told The Connexion: “We are working through the French ambassador and trade representatives to try to lobby the government so the measure is not introduced.

“Foie gras is being unfairly picked on and we invite [UK Prime Minister] Boris Johnson and his advisers to come and visit us to see for themselves what happens.”

He said the industry, which was hit hard by the closure of restaurants during lockdowns last year and outbreaks of bird flu, wanted to send a message: “We are back, producing delicious food.”

The controversy in foie gras production centres on a practice called gavage, where long tubes are pushed down the birds’ throats to pump food into the digestive system.

It causes the liver to swell to several times its natural size.

In a letter from a cross-party group of British MPs, written to ministers in March and urging a total ban of foie gras sales in the UK, gavage was described as a “torturous treatment”.

Producers argue that when the tube is inserted correctly, no harm is done and the birds do not suffer.

British farmers have been forbidden from producing foie gras under animal welfare legislation since 2006. However, the UK continues to import the product.

Export sales by one large French foie gras producer to the UK have risen fivefold to €50,000 a year since the 2016 EU referendum.

Gilles LeMoine, sales director of La Quercynoise cooperative, based at Gramat in the Lot, said: “We do not know why exactly but speculate that it is because people who used to stop at our shop in France and buy products to take back home are no longer able to do so and thus they now buy in the UK.”

While Brexit has had a negative impact on many other foodstuffs, Mr LeMoine said his company was coping well.

“The UK has never been a major market for us – it is very difficult to get shops to stock foie gras.”

Overall, exports account for 10% of the cooperative’s sales figures of €80million per year.