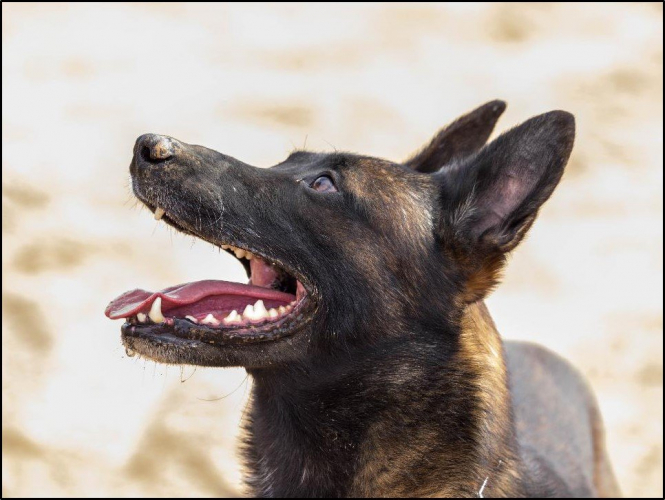 Leuk, nicknamed Leuk la Chance or Lucky Luke, has been awarded the animal equivalent of the Victoria Cross for his military service Pic:

A Belgian Malinois that served in the French military has been awarded the PDSA Dickin Medal, the highest honour available for animals in the UK.

Leuk, nicknamed Leuk la Chance or Lucky Luke, becomes the 73rd recipient of the award and the first French army dog to receive it. The PDSA Dickin Medal is considered the animal equivalent of the Victoria Cross.

The medal was awarded to Leuk for his “life-saving actions while on duty”, animal charity the People's Dispensary for Sick Animals (PDSA) stated.

Leuk died while on a mission with the French military in Mali in May 2019. He was killed by an enemy whose position he “single-handedly exposed”, PDSA stated.

“Sadly, just a week later on another mission, two team members lost their lives. This tragic loss reinforced for the team just how vital Leuk’s work was,” the charity wrote.

The PDSA Dickin Medal was created by PDSA founder Maria Dickin in 1943, during the Second World War. PDSA writes, “she was aware of the incredible bravery displayed by animals on active service and the home front”.

“Inspired by the animals’ devotion to man and duty, she introduced a special media specifically for animals in war.”

The award’s latest recipient, Leuk, was born in 2013. He joined the k9 division of the French Special Forces Commando Kieffer unit in 2015 and began working as a French Navy Commando attack and explosive detection dog.

He was deployed to Mali in 2019, “where his actions undoubtedly saved the lives of his team on several occasions”, PDSA wrote of him.

“When Leuk was repatriated, his body was covered with the French flag. His human comrades formed a guard of honour – a tradition usually reserved for fallen soldiers – as a symbol of their respect and gratitude for his exceptional contribution on the battlefield.”

The medal has so far been awarded to 36 dogs, 32 pigeons, four horses and a cat.

Among them is Diesel, a female Belgian shepherd who was killed a week after the November 13 attacks in Paris in 2015, during a police assault on a flat in which the organiser of the attacks was killed. 130 people died in the November 13 Paris attacks.

French courtroom's calming Labrador is to star in a book