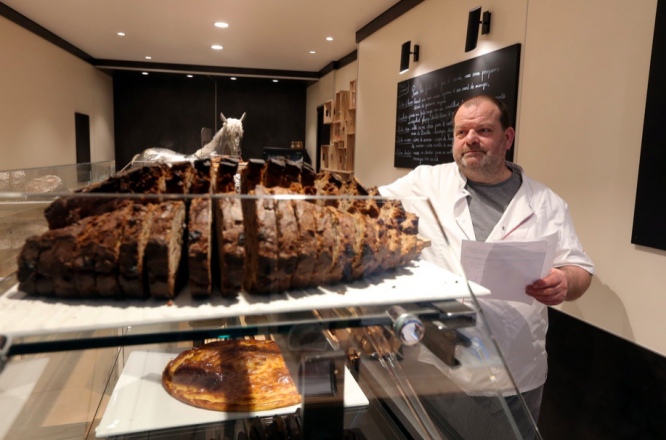 Apprentice baker Laye Fodé Traoré has been given authorisation to stay in France – meaning his employer, baker Stéphane Ravacley, has brought his 10-day hunger-strike to an end.

Mr Ravacley told AFP yesterday that Mr Traoré got the good news at a meeting with the prefecture in Haute-Sâone.

He said: “Laye has been regularised! He is coming back to work on Tuesday!”

Mr Ravacley ate nothing but broth during his protest and was taken to hospital at one point, after fainting in his car outside his bakery in Besançon.

Upon receiving the news Mr Traoré “practically cried”, Mr Ravacley said. “He thanked his boss, his teachers and the French state.

“It is a great joy and a victory. Now we are going to fight for the others.”

Mr Ravacley began his hunger strike to help Mr Traoré, but also to highlight what he saw as a fault in the French immigration system. He questioned why the State allows unaccompanied minors without papers to stay in France, and start building a life, only to oblige them to leave as soon as they turn 18.

This was the case for Mr Traoré, who travelled from the Republic of Guinea to France, alone, aged 16. He learned to speak French, found employment in the bakery, enrolled on the CAP bakery course, and found an apartment, but was denied a titre de séjour when he turned 18.

The prefecture said Mr Traoré’s case was initially denied over concerns his identity papers were not authentic. His papers have since been validated by the Guinean embassy in France.

Mr Traoré has received widespread support for his cause. As well as his employer’s hunger strike, an online petition garnered over 220,000 signatures, and high-profile celebrities and politicians signed an open letter to President Macron asking for Mr Traoré to be allowed to stay in France.

Calais ‘Jungle’: 'You don’t expect to see that in Europe'