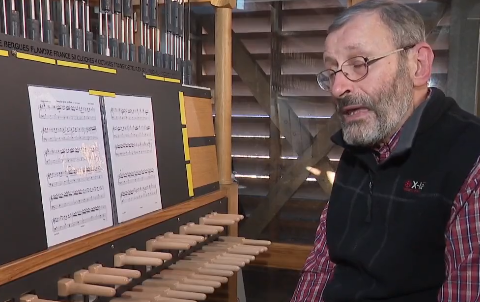 A free lunchtime concert with a difference is entertaining the locked-down residents of one small commune in northern France.

Respecting social distancing guidelines is not a problem for musician Jacques Martel, who has climbed the 196 steps of the 57m belltower at the local church in Bergues (Nord) every day during the current confinement period to perform half an hour of carillon music.

"When you are confined, you are stuck at home. Having that little touch of music, somewhere, brightens up the atmosphere," Mr Martel told France Televisions 12/13 programme.

He plays a variety of music, and has even rearranged the late Annie Cordy's song 'ça ira mieux demain' for the bells. He chose the song for a reason: "The idea is to say to yourself, 'Today is not great, but we must do everything to make it better tomorrow," he said.

The daily performances will take place until the end of confinement.