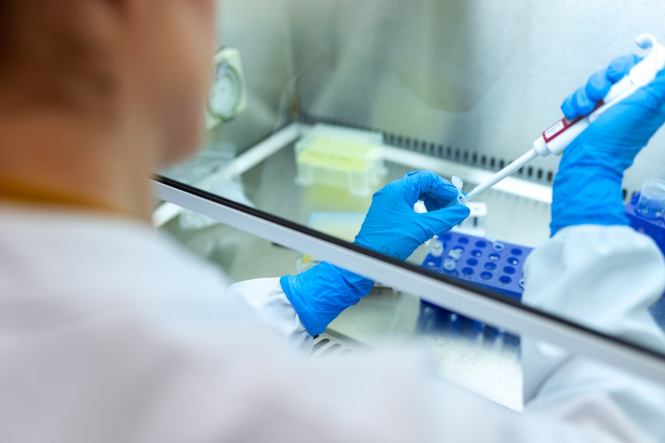 Trials for a Covid-19 jab are still ongoing across the world, as the process has been much faster than usually expected
By Connexion journalist

Marie-Paule Kieny, virologist, former director general of the World Health Organisation (WHO), and research director at French health research institute l’Institut National de la Santé et de la Recherche Médicale (Inserm) and president of the French Covid-19 vaccination committee, made the statement after Russia announced this week that it had begun to produce the first doses of its vaccination, created by Moscow-based research centre Gamaleya, in a trial now named Sputnik V.

Dr Kieny told newspaper Le Journal du Dimanche: "We [in France] have moved faster than anticipated. Six vaccinations have entered Phase 3, where we can test their effectiveness. We could have the first results by the end of the Autumn.

"There are around 20 others in Phase 1, which is the beginning of their testing on humans, including that [being developed] by the Institut Pasteur. Questions remain: Will they be effective? Will they protect against the infection or against the illness? We must wait for the results to know.

"But if the most advanced [vaccines] are effective, it is possible that they could be available by the end of the year."

Soon after Russian President Putin made the announcement, the WHO called for caution, and said that the vaccine was still being tested through "rigorous" procedures. The WHO still considers the Russian product to be in Phase 1 of testing, according to the Agence France-Presse.

Russia, which has not yet published the results of its trials, said that the vaccine could be tested on medical staff within two weeks, and could be publicly available as early as the beginning of 2021.

In response, French health minister Olivier Véran said that France and Europe were still "hopeful of a vaccination from the big laboratories", while his German counterpart in Berlin said there were still doubts over the "quality, effectiveness and safety" of the Russian vaccine.

And Dr Kieny has said that "this declaration [from Russia] is premature, because we do not know if the vaccine will protect against Covid-19".

She said: "It is imperative that we give ourselves the necessary time for rigorous testing, as much on the effectiveness as on the safety of these possible vaccines, before they are used on a wider scale."

The first stage of vaccination trials are usually done on animals, to avoid giving humans ineffective and possibly-dangerous tests.

Later stages are done on humans, in four phases. These are intended to test for any severe side-effects, and also allow testers to check the dosage and continued reactions.

Later stages include hundreds or even thousands of volunteers, whose reactions to the vaccine are monitored over the course of several months, with the trials including more and more people as they proceed.

Dr Kieny explained: "In general, this testing period usually lasts around 10 years, including several years of testing on animals. But this has been clearly shortened for Covid-19, because these different testing stages have been done in parallel, rather than one after the other."

Even though no vaccine is yet publicly available, France has already started to plan a vaccination strategy for Covid-19 - deciding who will qualify for the jab first, depending on their job, age, and vulnerability level.

So far, experts have disagreed over how likely it is that the world will see a safe vaccine available to the public, with some saying the end of this year is still possible, but others saying that 2021 will be the earliest possible date.