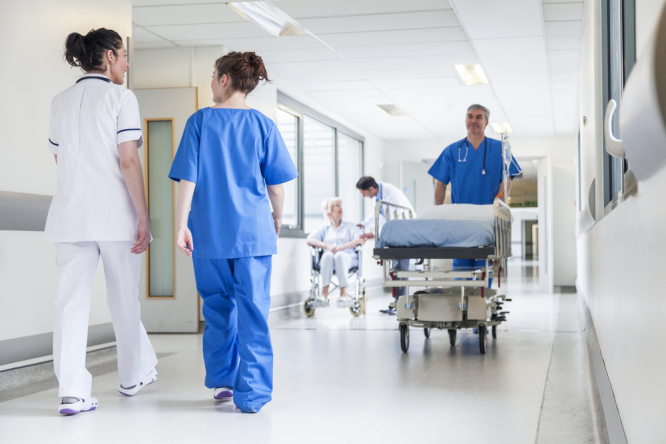 There are a large number of health professionals looking to leave their jobs, adding to the issue of hospital staff shortages, Rémi Salomon has warned Pic: Spotmatik Ltd / Shutterstock

France’s hospitals could face a “complete collapse” within a few months due to being badly funded and a shortage of staff, one the country’s leading doctors has said.

Rémi Salomon, president of the medical commission of the extensive French hospital system AP-HP, warned that the hospital situation in Paris is “catastrophic” and “very worrying in many other regions”.

“This is the consequence of policies that have been pursued for years, in which resources have been given to the hospital solely on budgetary criteria,” he told Franceinfo in an interview on November 12.

“The hospital budget is set in advance, without taking into account the real needs [of the hospital].”

He also warned of the large number of health professionals who want to leave their jobs.

“What is not going well is that there is a lack of people. This has been going on for years.

"Two years ago, during the last bronchiolitis epidemic, I raised the fact that we had to send young infants 200km from Paris because we had no more places for them in the hospitals,” he said.

Read more: Hospital beds ‘closed’ in France due to lack of workers

“There is a particular lack of nursing staff.

“A child with a fracture who has to be operated on urgently can wait two to three days,” he said.

“We were forced to refuse a liver transplant recently for a child.”

He described the situation as unacceptable and called for the government and authorities to address the matter.

“We hear officials telling us that they have put in a lot of money, it's true, but we have fallen so far behind that more money is needed.”

To exacerbate the problem, the Covid situation in France is steadily worsening.

The number of people being hospitalised each day in France for Covid has increased to around 300 per day, up from 200 one month ago.

France has averaged just under 9,000 new Covid cases each day in the past week, up 51% from the week before.